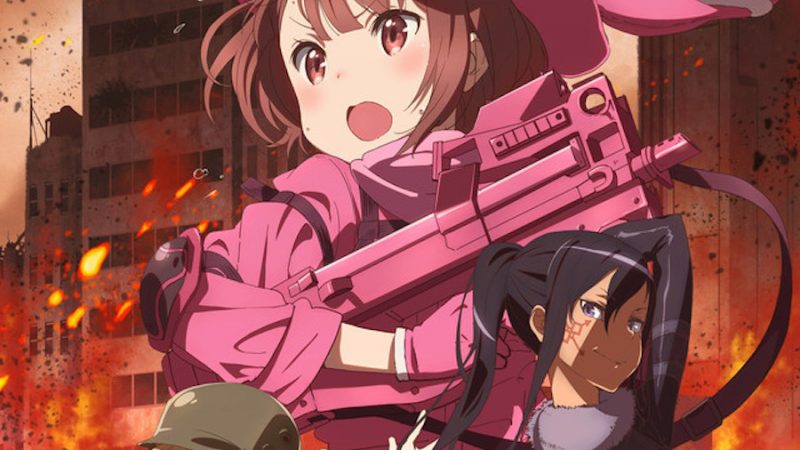 Aniplex of America Announcements From Sakura-Con 2018

Sakura-Con continues to provide exciting news for anime fans. Aniplex of America had a large drop of announcements from new title acquisitions to home video releases. So without further delay, check out the latest releases from this weeks Aniplex Press Release. 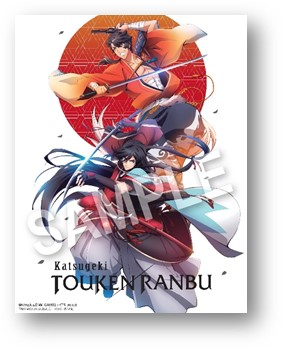 The Blu-ray box set also comes with a slew of bonus content and materials including a deluxe booklet, illustration postcards featuring artwork from the show, textless OP and ED, as well as the comical episode previews styled after the original game. Preorders are now open for the Katsugeki TOUKEN RANBU TV Complete Blu-ray Box Set, with the set scheduled to be available on July 10th.

Katsugeki TOUKEN RANBU takes viewers back to a turbulent time in Japanese history where swords come to life in this action packed and visually stunning series. “The history buff in me enjoys seeing the swords of Sakamoto Ryōma and a prominent Shinsengumi member constantly rubbing each other the wrong way – reformation versus preservation, nicely reflecting their approach to (not) altering the course of history and their former masters’ political positions,” says Anne Lauenroth in a 2017 Anime News Network review of the series. “But even for non-history geeks and people unfamiliar with the property, Katsugeki started out as very accessible, competently executed, and beautiful to look at.” 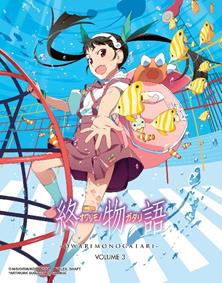 During the month of October of his third year in high school, Koyomi Araragi is introduced to a transfer student named Ougi Oshino by his underclassman Suruga Kanbaru. Ougi tells Koyomi that she has something she wishes to consult with him. When she draws the map of Naoetsu High School, she finds something peculiar on there. 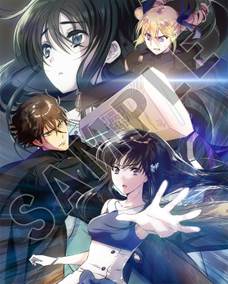 Many months have passed since the Yokohama Disturbance and the massive battle that ensued. Now, the spring season is almost upon them. Tatsuya, the “irregular” elder brother, and Miyuki, his brilliant younger sister, realize that their first year at Magic High School is about to end. The siblings and their friends decide to spend spring break relaxing at a private villa on Ogasawara Island. Tatsuya and the others make the most of their brief vacation until a young girl named Kokoa appears before them. The mysterious young girl who escaped from a naval base tells Tatsuya her one wish.

Blu-ray will be available July 10th and is currently taking pre-orders at RightStufAnime.com. 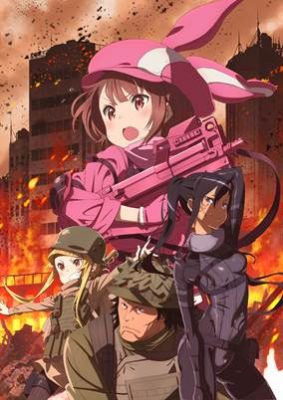 In the world of guns and steel that is Gun Gale Online, LLENN has been a devoted, female solo player. She is obsessed with two things: donning herself entirely in pink and honing her skills with consistent game play. She soon discovers her love for hunting other players (a.k.a. PK), soon to be known as the “Pink Devil.” Meanwhile, LLENN meets a beautiful yet mysterious player, Pitohui, and the two click right away. Doing as she is told by Pitohui, she enters the Squad Jam group battle.

PERSONA5 the Animation – Confirms Premiere Date and Streaming Platform in the U.S.

PERSONA5 the Animation premieres April 7th only on Crunchyroll and Hulu, with new episodes streaming every Saturday.

Ren Amamiya is about to enter his second year after transferring to Shujin Academy in Tokyo. Following a particular incident, his Persona awakens, and together with his friends they form the “Phantom Thieves of Hearts” to reform hearts of corrupt adults by stealing the source of their distorted desires. Meanwhile, bizarre and inexplicable crimes have been popping up one after another… Living an ordinary high school life in Tokyo during the day, the group maneuvers the metropolitan city as Phantom Thieves after hours. Let the curtain rise for this grand, picaresque story!