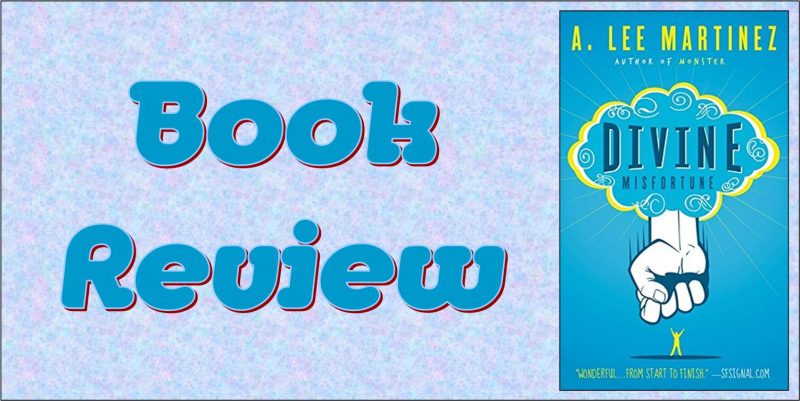 Book Review: Divine Misfortune Will Be Your Good Luck

How do you go about deciding on a God to help you get through the trials and tribulations of everyday life? Go online of course.

That is what Phil and Teri do when they realize things could be better in their life; get a promotion, save a cat, or get the lawn to look just a bit greener. It’s as simple as logging into Pantheon.com and choosing the God that suits your needs. And hopefully one that isn’t into smiting its followers, or requiring blood.

What happens next is a world Phil and Teri never thought they would be in – rubbing shoulders with an Aztec god, and Hades with his chariot that “…leaves a trail of bubbling tar.” Putting up with a goddess of love who isn’t a goddess of love anymore, she’s mostly a stalker. They also must survive a rival god who is determined to squash their god, Luka (Lucky to his friends), the god of prosperity and good fortune, for a slight that took place centuries ago. 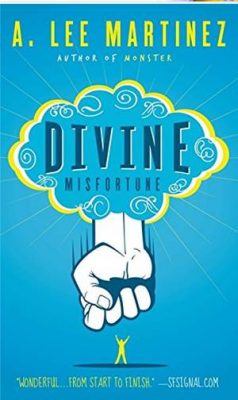 We are taken into an illegal holy war perpetuated by a death god forced underground. Gorgoz is out for revenge and is willing to take out Lucky’s followers, sending red-eyed birds and squirrels to watch Phil and Teri. Will Lucky be able to defeat his rival and save his followers in the process?  Or are they expendable as mere humans? More important, can this human couple survive game night with the gods?

Mr. Martinez takes the reader on a ride full of danger, friendship, and humor.  He gives us the Raccoon god, Luka, who favors Hawaiian shirts and keeping it relaxed. But don’t worry, he isn’t into smiting. As he says, “Sure, I smote a few mortals in my day. I’m not proud of it, but it was back in the old days.  Everyone was going it, and I just wanted to be cool,” which is perfectly understandable with a God.

We are given characters that are interesting and complicated. They aren’t one dimensional. We see a God living with an error he made centuries ago. A human that is trying to survive what may be her impending doom.  And there’s Janet, Teri’s friend who is a god groupie and crashes the party to get autographs. These aren’t people, and Gods, that are created for a laugh, but rather they are given personalities of depth.

Dive into Divine Misfortune and laugh, roll your eyes and see friendships unfold between mortals and gods, maybe even romance. Be sure to be practicing your Trivial Pursuit, because you never know when Quetzalcoatl will ask you to be his partner.

If you like Divine Misfortune, try other books by Martinez: Gil’s All Fright Diner (2005), In the Company of Ogres (2007), and A Nameless Witch (2007), to name a few. There are 12 books and eight short stories.   His newest writings, Constance Verity Saves the World (2018), the second in the Constance Verity world, looks as interesting and fun as his other books.

Pick up any of Mr. Martinez’s books and enjoy the different worlds he has created. It’s a good bet that you won’t be able to stop at just one.

Keep reading and feed your imagination. 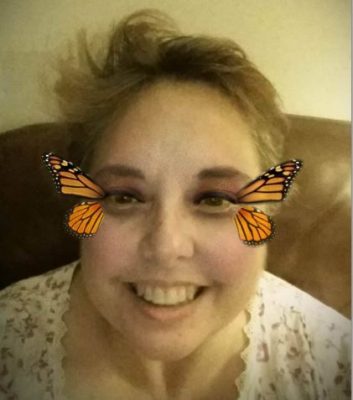 Ruth M. Reis
An enthusiastic nerd wannabe. Avid reader who chose a degree in English so I could read all day. Enjoy strong women as my comic main characters.  My dog is named Buddy. I work in a cubicle until the day Pinkie and I take over the world. Follow me on Twitter: @RuthMReis