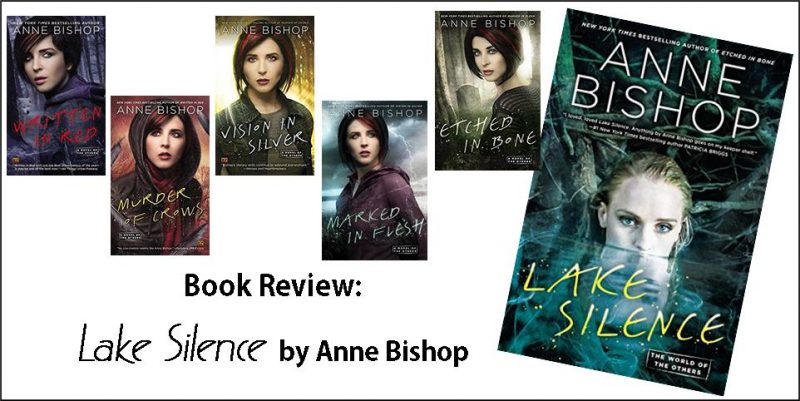 Lake Silence is the sixth book in Anne Bishop’s series of The Others.  If you haven’t read any of her previous books, don’t let that stop you, this book can stand alone in its story because Ms. Bishop weaves a world that is familiar, yet very different.  And it can be those differences that call to your imagination and curiosity. 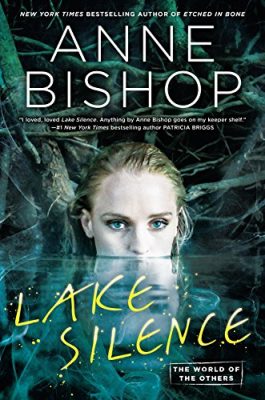 Lake Silence takes place in a world much like ours, with one difference: humans are the prey, not the predators. There are The Others, known also as terra indigene,  that are much more dangerous. If the humans don’t follow the rules, the results can be disturbingly uncomfortable, as in torso and legs ripped in two uncomfortable.

The reader is introduced to Vicki DeVine, formerly Mrs. Yorick Dane. Vicki DeVine is a kind person, who is plagued by her past which can cause debilitating stress, and the oily businessmen colleagues of her ex exploit this to their advantage.  But with the help of her friend Julian Farrow, bookstore owner and intuit, she has someone to help her…along with the Sproingers, after whom the town is named.

In her divorce settlement she is given the Dane family buildings on the outskirts of a small town named Sproing. It is important for Vicki to remember that she only owns the buildings, not the land. This distinction is lost on the ex-husband and his slick wheeler-dealer friends who want to re-claim The Jumble, as the area is called, for their own development bonanza.

We also meet the hard cop name Grimshaw whose job it is to keep the human population safe. It is in this capacity that he meets Vicki, after she has called in a report of a found human eyeball. It was found when one of the tenants on The Jumble was microwaving it because the eye was getting “squooshy.” That is when Vicki realizes that her tenant, Aggie, is a Crow. And that The Others were closer than she had thought.

Fortunately for Vicki, she has lived up to the land agreement, and in doing so, will develop a friendly companionship with some of The Others that live around the Jumble – vampires, crowgard, beargard, and the Spoingers.  This doesn’t mean she doesn’t have a fear of the terra indigene, and as Aiden, a fire elemental tells her, “You should be.”  He explains “We may tolerate your kind, even feel friendly toward some of you. But we’ll never be your friends.” And when a fire elemental talks, it is best to take heed.  But it is that friendly feeling that helps Vicki in her time of terrifying struggle.

Anne Bishop has given us characters that we can relate to, we can root for, or ones that we can loathe. When the human contingent descends on Sproing, and The Jumble, it is with the worst of human traits; arrogance, disregard, and willful stupidity. Truthfully, when something happens to one of them, my mind gave a little cheer.

This story gives us a world that I would very much like to know more about. Indeed, I will be going back to the bookstore to buy the first book in The Others series.  Did I mention Anne Bishop includes a map of the area, continental geography, and list of characters? I’ve always appreciated when an author does this, especially when it’s a world I’ve not been to before.

Find Lake Silence on Amazon here. Previous books in The Others series:

An enthusiastic nerd wannabe. Avid reader who chose a degree in English so I could read all day. Enjoy strong women as my comic main characters.  My dog is named Buddy. I work in a cubicle until the day Pinkie and I take over the world. 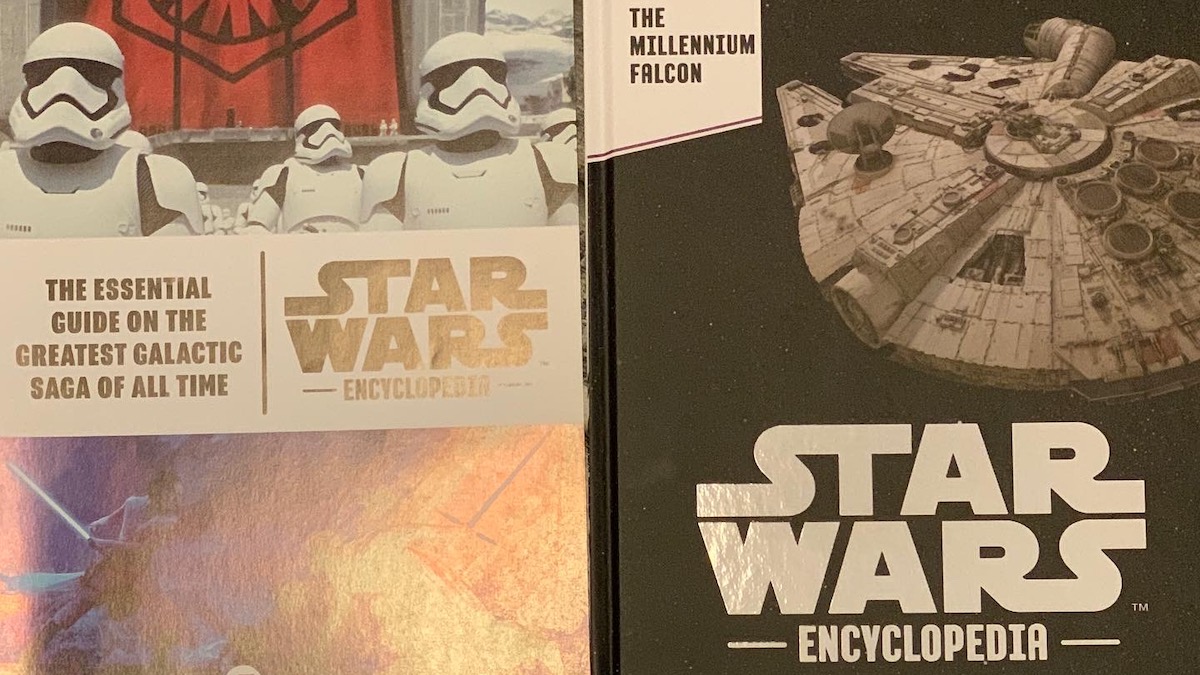