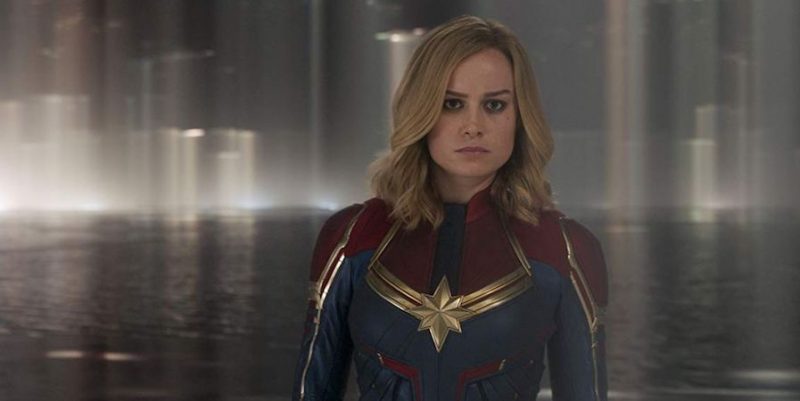 Marvel pulls all the stops on its latest movie, Captain Marvel. The humor, CG, and “origin” story were all extremely well done. Readers be aware, spoilers ahead! 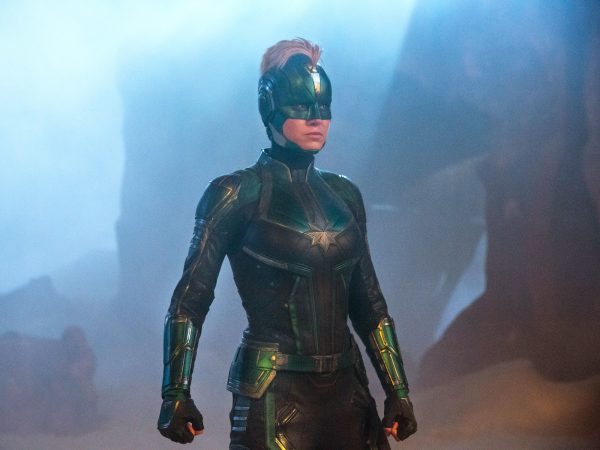 All Aboard the Captain Marvel Train

It’s pretty easy to say Captain Marvel the best movie Marvel has made, but then I think about the originals from 10 years ago and I remember that it definitely isn’t. Iron Man will still forever be my favorite Marvel movie. That’s not to say it isn’t up there, because oh man. In recent memory it is the best Marvel movie, only just barely beating Thor Ragnarok. There were a few things that held it back, but we’ll discuss those further down.

There was a lot of good about this movie. It had strong characters and everyone that came onto the screen held their own. There was solid character building, especially with Carol. The movie made you feel like you were getting to know the characters. Marvel introduced them in a way that wasn’t like “oh here’s yet another origin story”. Honestly, Carol’s story was great. I am not very familiar with the character, but they made her very relatable. 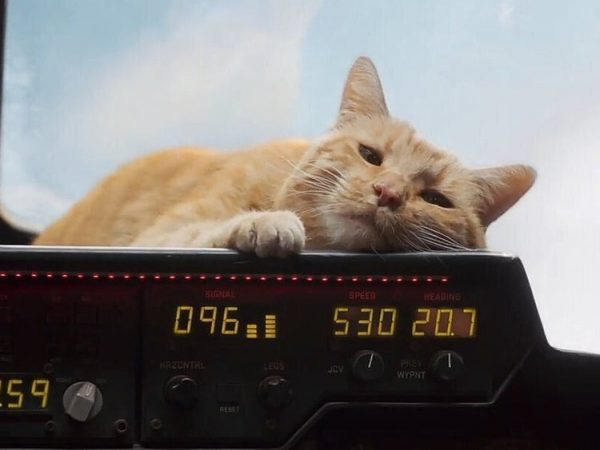 I loved the touches of 90s everywhere. They got huge laughs because of the struggles with technology and little homages to 90s culture, it was amazing. Her entrance to the world in a Blockbuster was awesome! I also loved all of the silly references and songs sprinkled throughout. It’s a killer soundtrack that’s for sure, one that I plan on buying!

One thing I did want to say was that, even though I really appreciated the strong female lead, they really pushed that agenda hard. This is not a bad thing, just a little excessive. I enjoyed myself the whole time because I was like “Hell yeah, kick ass!” It was cool rooting for her to get back up and I loved that idea of “don’t tell me what I can and can’t do”, but at a certain point it felt almost… like pandering?

Now I will say it was really exciting to see Captain Marvel rise up through all of the oppression and that’s absolutely what women need to see from Hollywood right now. Marvel just sort of hit it too late. Black Widow was a strong character up until Age of Ultron, then they totally messed her up (you can read my thoughts on that here). She got it back a bit, but she’s never really been in the main focus. They have had strong gals in the comics themselves, but on the big screen we literally had to wait 11 years for a real “Yes, here she is” moment! Brie Larson was the perfect vessel for this push though. She is a badass and is so strong in real life. I love that they chose her. 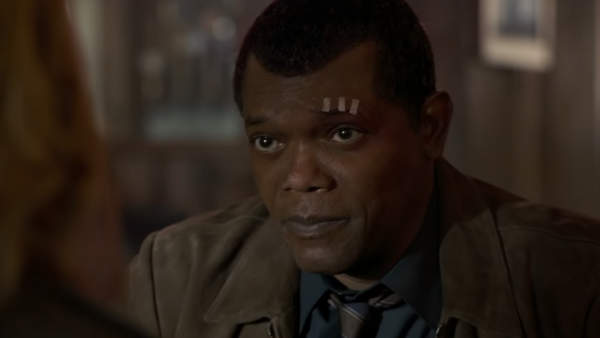 Fury was so great. It was fun to see him in the early stages of S.H.I.E.L.D and I thoroughly enjoyed his naivety about all of the aliens and “threats from above”. Not to mention his interaction with Goose. Oh boy, I’m a huge Goose fan. He’s freaking adorable even though he’s a Flerken! The CG to make him look younger was really great. He looked natural and it wasn’t until my friend mentioned that he was CG that I realized it. Now, Coulson looked a bit odd. There were moments that he looked natural, but in the staircase at Pegasus he looked a bit plastic. The CG elsewhere look incredible, except for a few moments with Goose that looked a bit too weird for a cat, but that’s forgiven when the cosmos and the fight scenes look beautiful.

The fight scenes! They were excellent. I will admit I was a tad bit underwhelmed at the end and the fact that the fight scene felt too easy. My friend and I were talking about how Captain Marvel really should have had a learning curve to her skills. It would have been more believable that she stumbled at first and did not take on an entire fleet of space ships. I did enjoy the twist of the Skrulls being the good guys in the end. Though, I am curious to see when they will flip and show them as bad, since they are bad in the comics universe.

I think Captain Marvel was an excellent movie. They did many things right and only had a little bit of let downs (the final battle scene specifically). I loved that she told off Yon-Rogg at the end when he said “I am so proud of you” that was great. I am really excited to see what happens with her and the Supreme Intelligence.

Will we see how Ronan fits into the whole equation? How does he find Thanos and start to work with him? We know that Hala is destroyed, so does Thanos have something to do with that? Again, I don’t really know the comics Universe, so tell me if that’s what happens. I can only assume! I will say that this movie made me want to pick up the books and read them. Also, I loved spying Kelly Sue DeConnick in the subway station! I highly recommend seeing this movie and it is probably better to see it more than once!