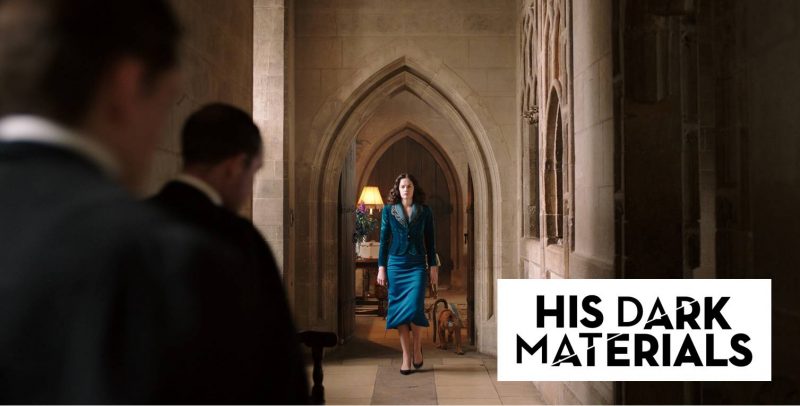 This weekend, an ambitious retelling of a classic children’s series will come to life on HBO – His Dark Materials will debut on Monday, November 4. The series will star James McAvoy, Ruth Wilson, Lin-Manuel Miranda, and Dafne Keene as the young Lyra Belacqua. I wasn’t familiar with HDM before San Diego ComicCon this past summer, but I read the first book in Philip Pullman’s series, The Golden Compass, before I went to SDCC and saw the panel introducing the show. I was quickly taken in to the fantastic worlds it portrayed, and I’m very excited for the debut.

HDM tells the story of Lyra, an orphan who is destined to fulfill an old prophecy. She is brought by a man she calls her uncle, Lord Asriel, to be raised safely by scholars at Oxford College (or an alternate universe version of Oxford). She grows up wild, barely civilized by the caring but neglectful scholars, while Asriel is off “in the North” investigating the mysteries of “dust.”

HDM‘s people are intimately connected to their daemons – described as their soul in physical, animal form. The daemons are characters in themselves, and amazingly done in the series. Wilson, as the villain Mrs.Coulter, has a monkey as her daemon; Lord Asriel’s (McAvoy) is a snow leopard. Lyra’s daemon, Pantalaimon, is still in its changing, youthful form, often an otter, a mouse, or a moth (daemons take their final form once a child gets to puberty). 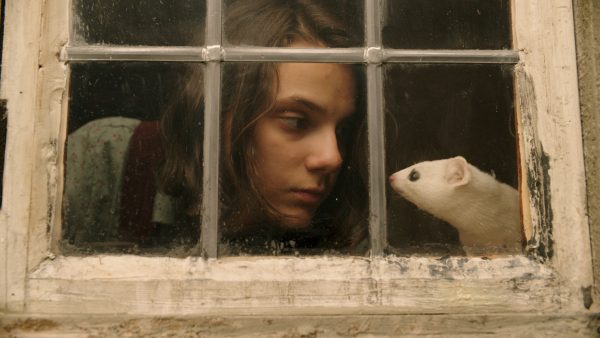 At least in the beginning, the world of HDM seems recognizable, but with enough of a twist to make you realize that you really don’t know where you are. Airships, a community of “gyptians” who live on the rivers, child-stealing Gobblers, and of course, the daemons, bring you quickly into this fantasy land. Lyra’s best friend Roger, another orphan who lives and works at Oxford, runs wild with Lyra, but is at the heart of one of the story’s mysteries. Another part of the mystery is the mystical instrument that is given to Lyra, the alethiometer, which she must learn to read and use to help her in the journey she soon finds herself on.

The first episode moves quickly, adding some background here and there to the world. (I was surprised to see one of my favorite Outlander actors, Gary Lewis, in this first episode, as Lord Asriel’s servant.) Show creators Jane Tranter (Bad Wolf Productions) and Jack Thorne (Harry Potter and the Cursed Child), who also wrote all of the first season’s eight episodes, have delved into this world and learned it inside out. Thorne said at SDCC that the process was similar to getting a PhD – they immersed themselves in every aspect of it. The series’ author Philip Pullman was part of the development team as an Executive Producer.

This clip from BBC discusses adapting the books for the show:

The panel at SDCC was held in Hall H, and was packed. Tranter and Thorne, and stars Dafne Keene, Ruth Wilson, James McAvoy, and Lin-Manuel Miranda all discussed the process, their characters, their daemons, and their involvement with the story. Here are some highlights from this panel. (Please excuse the video quality – I was juggling the video camera, phone for stills, and a dozen people in my way.)

I’m excited for the series! Comment below and tell me what you’re looking forward to seeing on screen.

His Dark Materials on Social Media: