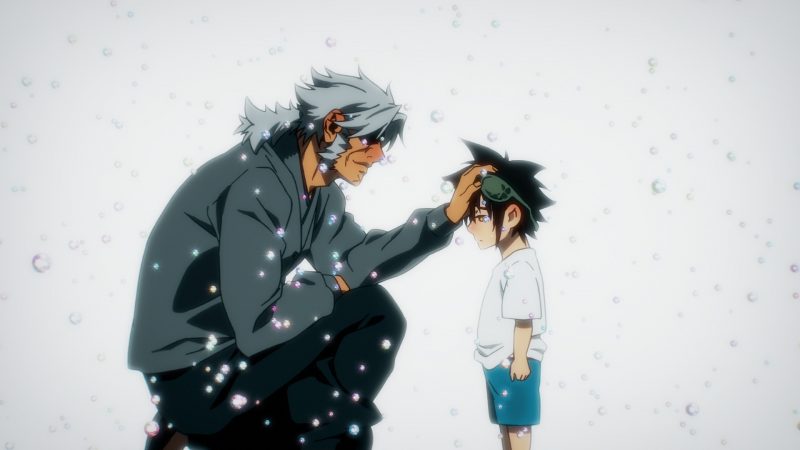 By: Robert Prentice
Crunchyroll The God of High School

Crunchyroll has been on a run of new series that breaks the traditional mould for them. In yet another WEBTOON conversion, The God Of High School has been on Crunchyroll for 6 episodes so far. The series is based on “The God of High School” comic created by Yongje Park and published by WEBTOON. Animation for “The God of High School” is produced by MAPPA, the same studio which is taking over the final season of Attack On Titan.

As we watch more of the series we quickly learn (as non-webtoon readers) that this series has a lot more to it then just martial arts and fighting. We had a chance to ask the Japanese voice cast a little about their characters and why fans should tune in to the new series. If you are not sure what God of High School is about, hit up our quick primer on it.

Oh and here is the entire first episode, free to watch, thanks to Crunchyroll at the bottom after the interviews.

What is the biggest difference for you in how you prepare to voice the role of Jin Mori versus theatre?

I have wanted to be a voice actor since I was a kid. The other casts and the staff members helped me get into the role faster than I thought I would. I learned a lot and felt a lot through this title. It’s a treasure in my life to have met [“The God of High School”].

You can’t take your eyes off of [this anime] for even a second with it’s best and the strongest heated fights. I want to feel the joys and sorrows of this anime with fans. Thank you for your support, I won’t let you down, so don’t miss it.

What types of pre-recording ritual do you do to get yourself ready to be in the mindset of your character?

While reading the script again, I visualize the images in my mind and ruminate on the feelings of my character.

What did you find most interesting about your characters backstory and the story of The God Of Highschool?

All the characters have dreams and beliefs. They do their best to fight with their fists, and it makes me passionate about them. As the episode progressed, I became more and more emotionally empathized with them.

I think it’s a stylish and cool battle with diversified and fascinating characters.

If you had to fight in the tournament, what skill or weapon of choice would you want to have?

I want to fight with my fists in a very flashy way!

Which character do you think you could relate to the most and why?

It’s Mira. I can relate to the factors that she thinks about her family, and there are some things she has to put up with for what she has to do.

Characters with a lot of personalities, I think. They all have strong wills and wishes for GOH, the tournament, and the story gets more and more super-dimensional, so [fans will enjoy] every episode which will give them a fresh reaction to enjoy!