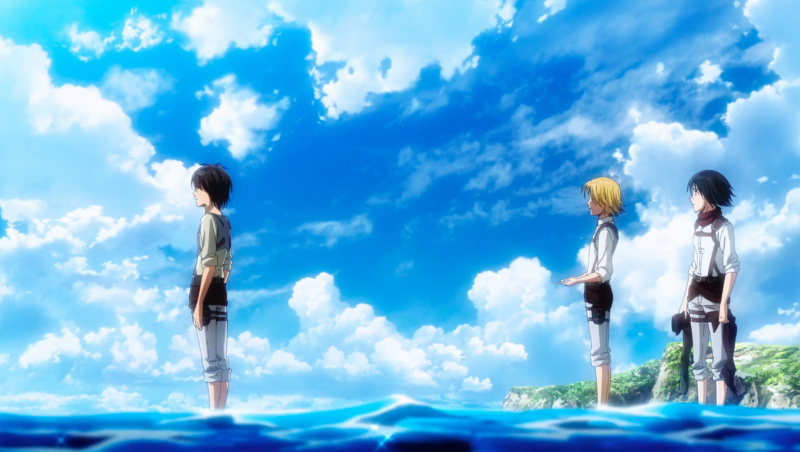 Attack On Titan returns and the Titans are far from the biggest threat the scouts have to face.

The battle to retake Wall Maria begins now! With Eren’s new hardening ability, the Scouts are confident they can seal the wall and take back Shiganshina District. If they succeed, Eren can finally unlock the secrets of the basement—and the world. But danger lies in wait as Reiner, Bertholdt, and the Beast Titan have plans of their own. Could this be humanity’s final battle for survival?

The truth about the Titans comes to light. Political secrets, a false king, and a reality that will shake the world now falls on the shoulders of Eren and his friends, as they fight to survive. With Historia set to be Queen, the Levi Squad must act. But a figure from Levi’s past, the deadly Kenny, could turn this into a losing battle. Are Eren and his friends prepared to face the true monsters?

The first half of season 3 for Attack on Titan was missing one glaring thing: Titans. The first half of the season covered a political arc in the story which revealed damning new knowledge into the world of the show. For those who hadn’t read ahead, some of it was expected while other parts were unexpectedly interesting. I am a sucker for world-building. But as we dove into part 2, things went at warp-speed into titan action and massive reveals that would change the world of Attack On Titan forever.

Without spoiling the surprises, the scouts quickly learn the truth about the walls that surround them as both the Armored and Colossal Titans attack them as they attempt to retake Shiganshina District. The fight has dire consequences for the squad; forcing them to make a difficult choice on using the Titan serum. The infamous basement is finally reached and its secrets change everything we thought we knew about the world. Season 3 adapts content from volumes 18-22 of Hajime Isayama’s award-winning manga of the same name. Manga readers saw these reveals coming long before the anime but for those only watching the anime, this season has been an explosion of reveals and twists in the story.

Admittedly even with all the reveals, the pure emotion that we see as each character finally gets to see, feel, and smell the ocean for the first time is one of my favorites. The scene doesn’t just feel like a well-deserved win for the scouts but it also brings the realization that all of it is going to be taken away very soon.

This season of Attack On Titan is by far the best to date. It is sad to hear that Season 4 will be its last season. Though its best a show goes out on its own terms. How it’s going to cover so much material in the final season remains to be seen. I fully expect it to be non-stop craziness from the start based on the most recent preview revealed of the final season. 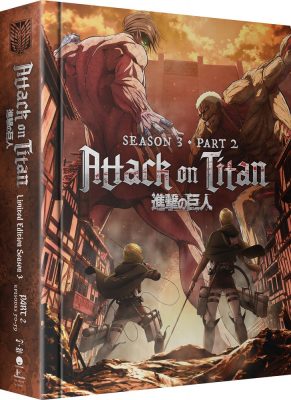 This release contains the dvd, blu-ray and digital copies of Attack on Titan Season 3 Part 2, along with an 80-page art book. You can still purchase the LE release at Right Stuf Anime.