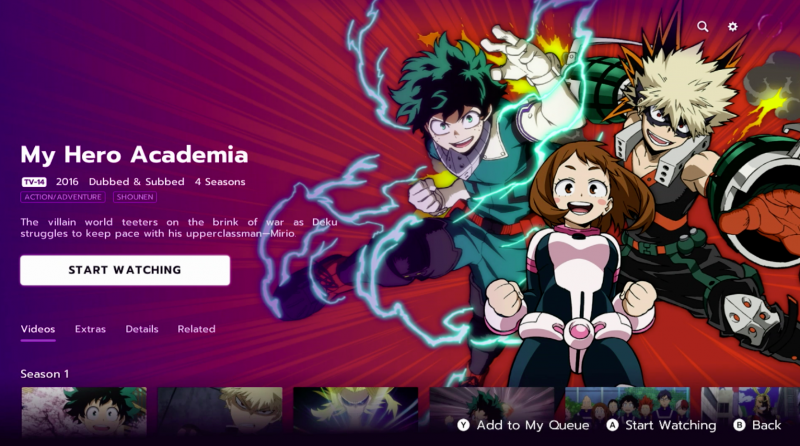 Funimation to Launch As Only Anime App on Nintendo Switch

Culver City, California (December 14, 2020) Funimation, the leading distributor of anime globally, will be available on Nintendo Switch beginning Tuesday, December 15. With Funimation now on Nintendo Switch, it’s no longer necessary to put down the gaming console to enjoy your favorite anime. Simply click on the Funimation App, browse and enjoy hundreds of titles including global hits My Hero Academia, Attack on Titan Final Season, and One Piece, to fan favorites Naruto and Megalobox, and classic anime including Cowboy Bebop and many, many more. Funimation is available on Nintendo Switch in the U.S. and Canada with plans to expand to the United Kingdom, Ireland, Mexico and more countries in the coming months.

You’ll never put it down again. Anime arrives on the Nintendo Switch for the very first time via the refreshing new look of the Funimation App. Coming tomorrow! @NintendoAmerica

“We will always go where the community wants their anime, and Funimation is 100% committed to listening to and servicing fans on every platform. When Nintendo Switch was a possibility in front of us, we were a resounding ‘absolutely’ with the opportunity to further serve fans,” said Kaliel Roberts, Chief Product Officer at Funimation. “Our teams approached the partnership with a shared goal to create a uniquely engaging app experience built for anime fans.  That passionate approach paid off with a compelling and immersive touchpoint that was purpose-built specifically for our audience.”

This year, Funimation continued to delight fans of the genre. The company expanded its catalog through partnerships with VIZ Media and Aniplex adding an extensive list of fan favorite and classic anime to its lineup; it hosted FunimationCon 2020, its first virtual con; and recently launched its service in Brazil and Mexico. Next year Funimation will release the massive hit Demon Slayer -Kimetsu no Yaiba- The Movie: Mugen Train in theaters in the U.S., Canada, and other territories worldwide.