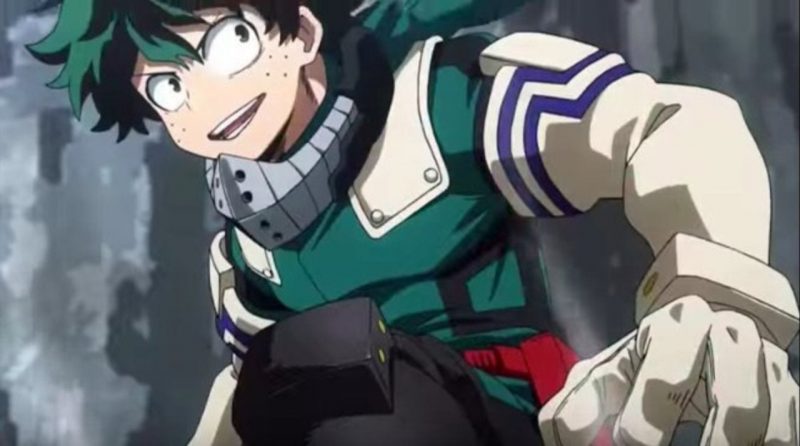 Culver City, California (June 18, 2021) Funimation, in partnership with McFarlane Toys, is excited to announce the launch of the first and only collectible Toru Hagakure character figure from the blockbuster anime series My Hero Academia. The collectible was revealed during Funimation’s Summer Season Preview event. Funimation subscribers will have exclusive first access to purchase the notable limited edition figure starting today, June 18th, on the Funimation Shop, until June 21st, when sales open to the general public. The unique, creatively crafted figure retails for USD 17.99. 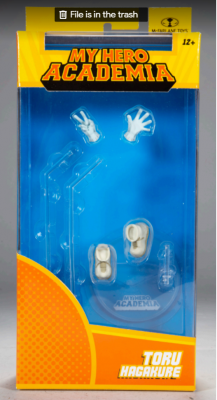 Toru Hagakure possesses the Quirk of Invisibility; despite this, you can always tell when she is around due to the often floating pieces of clothing and accessories. When in action, her hero costume consists of a signature pair of light blue gloves accentuated by pale pink lines and off-white, heel top shoes.

My Hero Academia is a Japanese anime series based on the manga series by Kohei Horikoshi. It tells the story of a young boy, Izuku Midoriya, who lives in a universe where superpowers — or “Quirks” — have become commonplace. Izuku dreams of being a hero, although he was born without superpowers. Through the help of friends, family, and heroes, Midoriya is admitted into THE prestigious high school for heroes in training. This is where his journey begins. My Hero Academia has drawn many fans worldwide, including celebrity wrestler-turned-actor John Cena, singer and songwriter Kahlid, and international pop group BTS.

For a full line of McFarlane toys from My Hero Academia, visit our shop!

McFarlane Toys is the fifth largest action figure manufacturer in the United States. Established in 1994 to manufacture and sell action figures based on founder Todd McFarlane’s comic book character Spawn, the international award-winning company has expanded into licensed products to become one of the premiere action figure producers on the planet.

The company works with many of the top entertainment properties in the industry and has the official rights to NFL and the NBA. Marquee toy lines include Destiny, Stranger Things, Five Nights at Freddy’s, AMC’s The Walking Dead, and more.

McFarlane Toys action figures are sold worldwide through McFarlane companies in the United States and Canada, and by distributors from Europe to Japan and Australia. Please see the Where to Buy section of each product page to see specific retailer information.