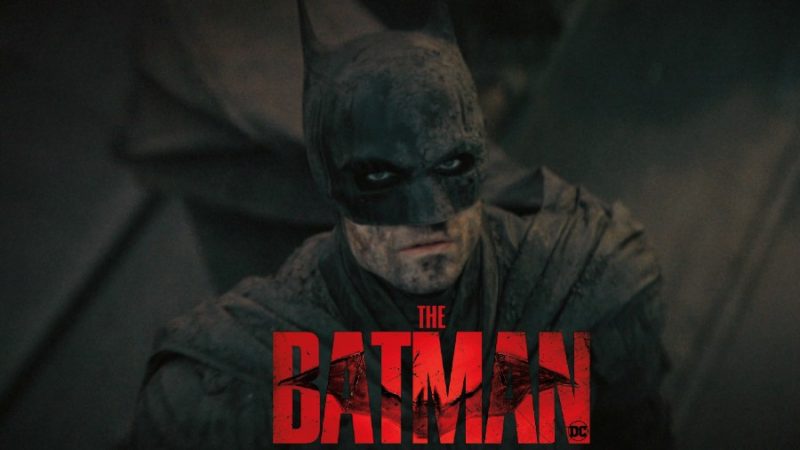 The Batman- A Review

How it Should Be

I’m going to start this off spoiler-free. The Batman released today, March 4, and has already been getting absolutely incredible reviews and I’m here to add to that. I can fully say that this is close to beating out The Dark Knight as my favorite Batman movie. Honestly, the only reason I don’t want to put it above The Dark Knight is because of the Joker alone (RIP Heath we will forever love you). There are a lot of great things about this movie that really made it stand out above the rest. First of all, Robert Pattison did an excellent job. Yes, sure people might say that he might have just been an exaggerated Edward and I feel awful just saying that, but this role was absolutely perfect for that. His dark, brooding, sulky-boy act fits this iteration of Batman so well.

The sets and cinematography felt so dark and brooding as well. There were a lot of moments that I sat there and looked at the way they portrayed Gotham and just went “whoa” because it felt so seedy and so gross. The other Gotham versions we’ve seen on screen have looked the same way, but none have ever felt as suffocating as this one did. The city was a character in this film as well and it played its part perfectly.

The quintessential Batman story is Bruce battling with his past and the legacy of the Wayne family. There will always be an element of that that follows around any Batman film, television show, or comic book because that’s what caused Batman to happen in the first place. They re-established established characters in a new Gotham with a new future and did a great job of weaving this story into the bigger picture story, but obviously, this part is spoiler-free so I’ll spare you the details.

The whole movie, though it was three hours long (don’t bring your children I beg of you- said to the family of 5 children next to me with an actual baby with them too), felt like a rush the entire time. I was constantly wondering what the next move would be and was drawn in by the relationships being formed on the screen in front of me.

I’ll leave these spoiler-free paragraphs with this. This film might not be for everyone (Tomato-meter says otherwise) because it is very Batman. It is very dark, really deep, and is born from a love of the comics. If you’re not a major Batman fan, or if you are a very casual Batman fan, you might find this movie slightly boring. I loved it and I still suggest seeing it but remember it is three hours long and this is not your typical superhero movie.

Ok, stop here if you haven’t seen it yet because spoilers are about to begin!

There were a lot of really interesting notes this movie chose to play. The big one that pops out to me is having Selina be Falcone’s daughter. That was a major twist I didn’t see coming because though she is said to be the daughter of a crime boss, she’s not the daughter of that crime boss. I know there were hints to it before, but this one officially said it and I like that.

There are always new ways to explore characters’ backstories and I love it when the directors take matters into their own hands. Her lineage doesn’t change her character whatsoever and she was so incredibly Catwoman that her being the descendant of the most notorious mobster makes total sense. Zoë Kravitz is absolutely perfect. I loved how she played Catwoman and what she brought to the role. Sexy, smart, and incredibly kick-ass. She is the ideal Catwoman!

Let’s talk about Colin Farrell. There were only a few moments during the movie that I could tell it was him and the first one was when he was looking back at the Batmobile flying through the flames towards him. I love Penguin. If you’ve seen any of my Gotham rants you know this. Colin Farrell as Penguin is so good! His humor, the anger behind his eyes when he’s talking, that quiet contemplation when he’s watching Gotham as he knows it get swept away. I really hope he comes back for a sequel because I cannot wait to see him rule Gotham and become the total king of the underground as he deserves.

This movie proved a lot to me. First, it proved to me that DC is getting better when it comes to the big screen. Second, it proved to me that we can still make a wonderful superhero movie without making it big, bright, and bombastic. Third, it proved something extremely exciting. BATMAN IS A DETECTIVE. Look at this: A three-hour movie of Batman solving crime after crime alongside good ole Jim Gordon. That’s a Batman Detective movie. The slow, simple, and extremely deliberate telling of the story was Matt Reeves’ way of sending a massive love letter to Batman’s origins. He isn’t just a vigilante that’s good at beating people up. He’s a hunter, tracker, and genius.

Jeffrey Wright as Jim Gordon was also fantastic. He did a great job of getting that tenacious cop part down and also did a wonderful job keeping up with Batman. He helped him solve a lot of the crime and their partnership saved the GCPD from itself. I loved it.

Of course with the help of Alfred, we love Alfred, Batman was really able to figure a lot of Riddler’s clues out and it was really fun to see. Alfred was an absolute gem and Andy Serkis needs more screen time in everything he does! I was really bummed they knocked him out, but it was necessary for the movie. I loved that he helped him decipher the clues and the clear amount of love he had for Bruce was heartwarming. He tried everything to show Bruce what he needed, but Bruce denied him the whole time. Damn brooding Bruce. 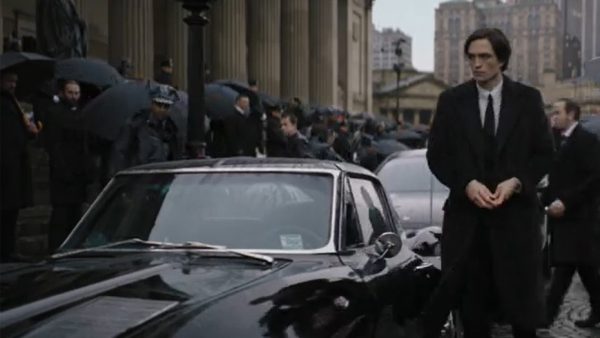 The Birth of Bruce Wayne

Another major thing about this movie was that it is definitely a Batman movie, not a Bruce Wayne movie. This was, in my opinion, a Bruce Wayne origin story, and here’s why. The focus was on Batman wanting to save Gotham only as Batman. He wanted to hunt down these villains and take them out as Batman and all the while had no idea that the city he loved was crumbling from the inside out. Soon, he found himself in the chaos watching the city around him fall because of what Batman stood for, and the only way he could stop it was by embracing his side as Bruce. He was able to look at what Gotham really needed and he found that though it still needs Batman, it needs Bruce Wayne too.

Oh yeah, I kind of loved the quick aside that Bruce didn’t know what a carpet tool was.

Batman as a character was awesome. He had incredible gadgets and the Batarang as the logo on the suit was really freaking clever. That Batmobile though! That’s a really cool-looking Batmobile, even if it makes no sense that it’s rear engine and somehow flames are still shooting out of the hood. It was so cool! The part that really gave me goosebumps was when Batman was leading the politicians through the water with the flare. My goodness, that was a beautiful moment proving that Batman/Bruce was the light that Gotham needed.

Paul Dano as the Riddler was a great choice too. He was creepy and just totally out there. There was a lot of interesting dialogue with this entire villain story. With the political hellscape we’re all experiencing right now the choice to highlight that in this film was interesting. I will also be the first to admit that the Riddler as a villain is kind of stupid (no offense Cory Michael Smith you know I love you) but when you give him the power of the internet and the tools of the masses he gets really scary. I know that Gotham the show followed a similar storyline with the Joker and the mass following and cult-like status he gained, but watching them put that storyline into a major movie during some intense world events is strange.

When you can weaponize an idea you can’t kill it. You can kill the top, but the followers will continue and radicalize even more. Once Riddler was in Arkham his followers really went for it because they knew he had been captured and knew what orders they had to follow in order to continue making the plan happen. The scene where the followers cornered Gotham into the stadium and shot at everyone left me feeling a bit off. Maybe it’s because it’s all too real of an event that could happen, or maybe because I got some flashbacks to the last Batman opening night (I worked at a Cinemark when that incident happened and it made us all on edge) but it didn’t really sit well. That’s the point though right? Man, this movie did a great job of sticking with you.

This movie was definitely amazing. I was extremely happy with everything they decided to do and I thoroughly enjoyed myself the entire three hours. I think that Batman fans will really really love this movie and I think that casual Batman fans will have a great time. Someone who is looking for a Marvel-Esque type action-packed film will probably be confused and maybe bored for a bit, but I think overall they’ll like it. This isn’t a typical Batman movie. This is a dark, gritty, film noir about Detective Batman, sultry Catwoman, and all of the other Gothamites you know and love. Also, how about that Joker????

If you’ve read this far thank you. What did you think of the movie? Let me know in the comments below!