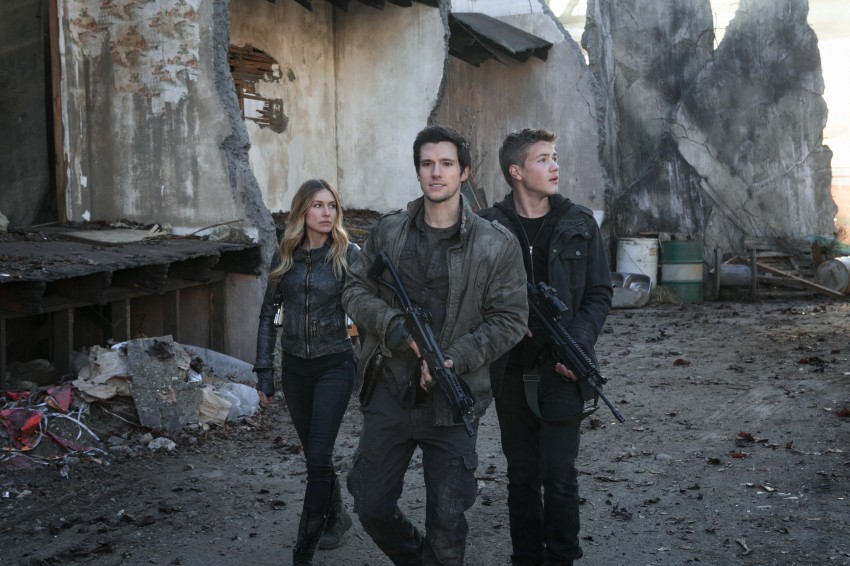 ‘Falling Skies’ The Final Season – What We Need In Season 5

There are moments in Falling Skies where the show takes the easy way out and kills the ‘safe’ players and other times where it’s almost glorious, on the level of Game Of Thrones, but falls just short. The constant change in show runners is probably the biggest mistake/downfall of an otherwise great basic cable alien show. However, David Eick is the one person who can take this show to the next level in its final season.

The finale for season 4 showed us that he was able to get very close to killing off some of the show’s key characters just before letting up, but with the 5th season being the last, all bets are off on who may or may not survive. For all of you Battlestar fans out there, you know what I am talking about. So what story lines and plot arcs do we want to see explored and finished in season 5? Here are our top picks for stories we want to see explored.

The one thing that made Falling Skies so different from everything that came before it was the unique harness used to enslave the human children in seasons 1 and 2. It was the core of the show and the 2nd Mass’s purpose to save the children. Now at the end of season 4 it’s all but forgotten. While the Espheni have moved away from using the harness in its traditional form, there are many de-harnessed kids who still have their spikes. As mentioned in season 3, those spikes will have long lasting and damaging effects on their human hosts. They need to explore the ramifications that keeping those has for Ben and others like him. Now that the power core is gone, I expect the Espheni to take revenge. Time to worm their way into the spikes.

Pope respects Tom, and deep down inside he cannot deny it. However, they are both stubborn and bullheaded and there just isn’t room for both of them trying to be in charge. Tom has put so many loved ones at risk, it’s time for the two of them to square off in a more final way than the standard punches they have thrown at each other so far.

We need answers, period. We end season 4 with yet another alien race entering the picture. One has to wonder if Earth isn’t flashing some come visit us sign with all the alien races roaming around just above the planet. At this point Eick has one very important job to settle from the very start of the last season and that’s to explain what the HELL is going on. Who is this new race and what is the relationship between the Espheni, The Volm and X. For that matter, throw in the skitters’ existence too. Not sure how much we will get to see (due to budgets) but hopefully he can find a nice way to lay it out for us. It is the final season, no need to get all long-arc 4 season mystery plot on us.

I know you don’t want me to say it, but I cannot help myself. A Mason needs to die. Lexi doesn’t count and let’s be honest, are we all 100% certain she was killed? If she can control matter and gravity, she could very well have reversed her ship’s destruction. That being said, a member of the Mason family, specifically one of the brothers, needs to die in season 5. The second heart (Yep DW fan here) of this show is the family drama. Nothing speaks louder to that than losing a beloved character of 5 seasons in a heroic last ditch effort to protect his family. My pick is either Hal or Ben. As much as I would like to see Eick go full GRRM on season 5, it is basic cable and a death like Matt Mason just would never happen. Ben is the most logical choice given his super-human abilities and half-alien blood. Hal is another option, especially if it happens before he and Ben can fully fix their relationship after the Maggie love triangle.

The Volm came and went very quickly between season 3 and 4. Cochise was a great addition, along with Shaq, to the team and with all the tech they bring with them, we need to see them more on screen. You can have family drama with alien mixed in. The change-out in writers and show runners has, over the seasons, created a see-saw of alien and family drama focus going back and forth. A balance needs to take hold and have a dead center focus on settling this alien invasion once and for all.