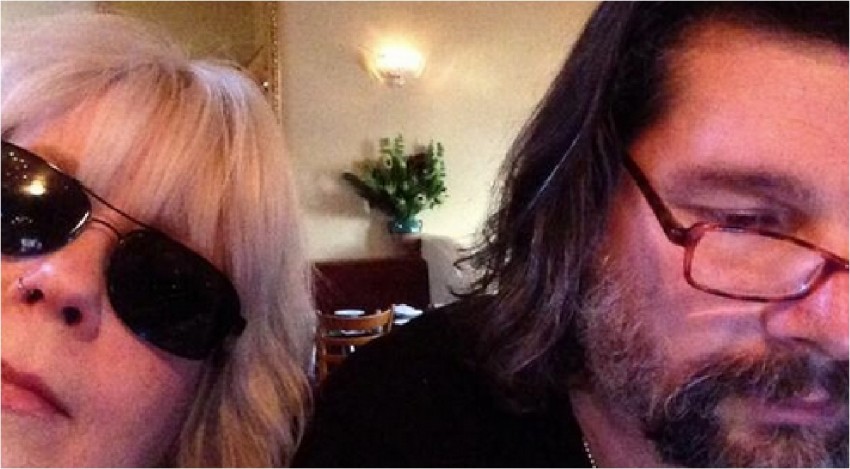 With Season 1 now in the rear-view mirror, Executive Producer Ron Moore took some time to answer fans’ questions on Twitter. Much of tonight’s discussion centered around the role of Frank Randall in both season 1 and season 2.

Q What are some upcoming challenges you are having for season 2?
A Season 2 is more complicated to adapt because Book Two is complicated. More political, moving to Paris, etc.

Q Were you on set for the filming of Eps 115 and 116?
A Ira Behr was the on-set creative producer for both episodes. I was only there for a few days unfortunately.

Q Will we see a blooper reel any time soon? I think we could all use some happiness afater the harrowing finale!
A Might be one in the DVD set.

Q Will Tobias be playing 3 characters in Season 2?
A No. I don’t think you get to play that gag twice. We’ll cast a new actor for Alex Randall.

Q What’s the most important part of the book for you that couldn’t be included in Season 1?
A Not sure I have an answer for that one. We tried to include all the parts that we felt were vital to the story.
A (Terry Dresbach) For me, it is the hot springs, but I knew it was impossible.

Q With so much Jamie and Claire to fit into 13 episodes for S2, where is there time for more Frank?
A There’s always time for Frank. One of my favorite characters.
A (Terry) I love Frank!

Q Ugh, he’s (Frank) so horrible in the later books. I do not understand the love for Frank.
A (Terry) I don’t think he is horrible at all, he’s just human. DG could have written a bookw ithout any bad guys, jut 8 books of J&C.
A (Ron) We’ll have to agree to disagree. I think he’s very important to understanding Claire.

Q Why are we taking more time from Jamie and Claire’s love story?
A (Terry) Ron, can you answer this question?I don’t think we have but maybe you can help. I think Frank deserves 1/2 an ep. She wears 2 rings for a reason.

Q Half an ep, sure, but not more than that.
A The show uses Frank in a different way than the book. I think it works for us.

Q I think her relationship with Jamie after he’s been brutally assaulted deserves more than 15 minutes.
A I think Frank helps define Claire and that in turn helps define J&C relationship. Also think that counting minutes on screen isn’t the way to judge importance to the story.

Q I love Tobias, but more of him at the expense of the actual storyline of the books is crap.
A (Terry) That is absolutely NOT how writing a show works.
A (Ron) Terry is right. It’s not a zero sum game when you’re structuring the story. We build the story organically from the source matter, not trading one for another.

Q No matter where Claire goes, she is always tied to Frank. He is a part of her.
A (Ron) I agree. And hard to argue Claire’s relationship with Frank isn’t a key element in DIA.

Q Has the show been as rewarding for you as it has for the fans?
A Very rewarding, very gratifying experience. Great production, great audience response.

Q Could you and the writers please use more of the Jamie and Claire dialogues next season?
A We always start with the book scenes and even have the dialog written up by our assistants.

Q Any estimate of when Season 2 will premiere?
A Not yet. Some time in the first half of 2016.

Q When will the next round of casting be announced? Brianna, Mother Hildegard, Roger, Comte St. Germain, etc.
A I leave the announcements to Sony and Starz, but several of those characters have been cast.

Q How far along in the process are you with the casting for Bree and Roger?
A Still looking for those two.

Q How do you feel the filming of Season 2 is progressing?
A We’re off to a good start. Sets and costumes are amazing and the cast has settled into the new story.

Q Was face transition from Claire to BJR a part in the actor selection process? Their faces transition remarkably close to each other.
A Not part ofthe casting process – that was just a happy coincidence.

Q My son’s an Eagle Scout – we answer Rose & Thorn after each adventure. For Season 1- what are your Rose and Thorn?
A As a former Boy Scout (not Eagle though) I’m embarassed to say I don’t know that reference. Is it “good and bad”?

Q Would love to know why Season 2 only has 13 episodes?
A Has to do with budgets and schedules. Starz doesn’t usually order more than 10/season so we were way above that.

Q How do you figure out how to  make the changes needed, from the book, and work on screen?
A Long hours in the writers room hashing it out.

Q What was your decision behind not translating the gaelic between Murtagh and Jamie?
A Just a creative choice. Could’ve subtitled it since we were in Jamie’s POV. Thoguht this was more interesting.

Q Why was it decided for Claire to say I’m pregnant instead of softer statement like I’m with child?
A Not sure I recall making a conscious choice there. Either Ira or I just wrote it that way.

Q What do you see as the biggest challenge in season 2?
A Keeping all the myriad elements together. Very complex book with many new characters and plotlines.

Q In bringing Outlander to TV, what would you say is your greatest achievement?
A Not screwing up my wife’s favorite book.
A (Terry) HA!!! You didn’t show Claire head to toe in her shirt and trews waiting for Jamie!
A (Ron) That wasn’t in the book, Dear…

Q (for Terry, who has been watching along) With the stakes and complexity, did you ever wonder Why, or have any regrets for starting this project?
A (Terry) Not telling.

Q In filming Season 2,  you said more Frank. Does that mean it will be chronicled like book 2? With Claire’s memories?
A Can’t give away too much on this one…

Q Did you intentionally make Jamie’s legendary seasickness LESS intense because it will get repetitive in future episodes… and S3?
A Just didn’t want to dwell on it right there at the end. Wanted to go out on big emotions.

Q Does Jamie know that Black Jack and Frank are related at this point?
A Yes, Claire told him back when she confessed the truth about who she was and where she came from.

Q Noticed camera zoomed in on the ship’s name quite a few times. What’s the significance?
A I think to acknowledge the name from the book and also for rhythm of cutting pattern there at the end.

Q Was Outlander really delayed in the UK in case it caused a yes vote in Scotland?
A I’ve heard that as a rumor, but it’s not true as far as I know.

Q I appreciate the care you took with the characters bringing them into and through this journey. What was the hardest part for you?
A Deciding what to keep and what to change. First time I’d done an adaptation. It was a learning experience.

Q Why did you decide to lessen the intensity of the “ransoming” scene?
A Seemed pretty intense to me.

Q Any more guest appearances by you, DG or maybe Bear McCreary?
A I’ve done my cameo. The life of an extra ain’t all it’s cracked up to be. Those people work hard.

Q How difficult was it for you and the characters to do the rape scene between Jamie and Black Jack?
A Emotionally draining for the cast and crew but they gave it their all. Tremendous respect for them.

Q Was there a scene/situation in S1 that you thought would be logistically difficult, but turned out to be easy?
A We spent a long time worrying about the cows but they hit their marks like professionals.

Q Will we ever see Sam and Cait’s audition tapes you all rave about so much? Or the chemistry tests?
A Maybe someday. No plans to release them at the moment.

Q Did you keep a prop from the set like your enterprise star ships?
A Not yet. Have my eye on a few things when it all ends…

Q Which new characters are you most looking forward to “meeting” in Season 2? Will the historic figures be a problem?
A It’ll be great to meet Prince Charlie. Think mixing in real figures from history will add texture.

Q What locations are you shooting at for Season 2?
A We’ll be in Scotland, the south of England, and Prague.

Q What part of the season will we see Laurel & Hardy and Willie again?
A They’ll be back when the story returns to Scotland.

Q This story was so different than your other work. Was your approach drastically changed for that reason?
A It’s an adaptation so right away that changes the whole approach. Different task than creating new eps every week.

Q What was the hardest scene to pull together in Season 1? Was this because of plot or filming location, etc.?
A Everything shot at Fort William was extremely difficult due to the weather and conditions at the location.

Q How do you decide which writer and director to use for an episode?
A Writers sometimes express a preference, other times it’s just a matter of rotation. Directors selected separately.

Q Heard you grew up in a farming area, any personal experience with farming? Have you helped Terry with gardening?
A My grandparents were dairy farmers on both sides. Loved visiting as a kid. Hated gardening at home.

Q What will be the biggest challenges in filming the battle of Culloden, do you think?
A Time and money, as usual. Features have weeks to do battles, TV has days.

Q What part of your job, as exec producer, do you find most challenging, rewarding, fun, taxing?
A Challenging – the writing; rewarding – seeing final ep; fun – writers room; taxing – budgets.

Q In hindsight, is there anything you would change?
A Nope. Satisfied and happy.

Q Have you been on budget?
A I’m proud to say that yes, we have. Not easily,mind you – but yes.

Q Was there ever any discussion about splitting Dragonfly into 2 seasons? There might have been room for Frank that way.
A No, but we’ve talked about doing that in future seasons.

Q Did the weather cooperate any better with this round of filming?
A We’ll see when we get into fall and winter this year.

Q Have you thought about how you will end the series if Diana is still writing books?
A Let’s hope we have such problems.

Q Why do you think that Jamie is not a main focus of the show? or that Jamie and Claire’s relationship is not? Should be the driving force/focus!
A I think J&C are both at center stage of the show. Doesn’t mean we can’t include other stories/characters.