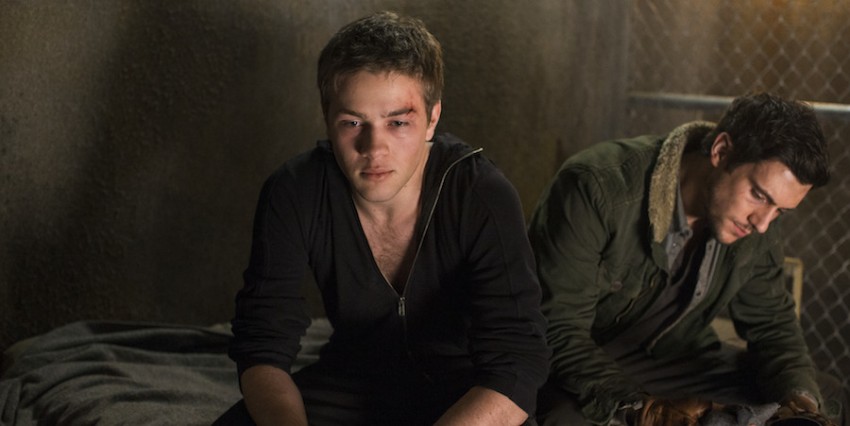 This weeks episode of Falling Skies starts a 3 episode arc for Ben Mason that will finally bring to the forefront the benefits and downsides of being a hybrid and test Ben’s strength to its limits. Talking today with Connor Jessup about episode 7 “Everybody Has Their Reasons” we know that the military personnel on base are not too fond of “superkid”.

What can you tell us about Ben’s encounter with the new military members in next weeks episode?

The 2nd mass has had unfortunate luck when it comes to other groups of humans. They always seem to run into the bad ones but I think it’s more of a statement of the world that we live in then it is the second mass. We arrive at this military base and things don’t go very well. As we’ve seen in the past the second mass has seen a lot of fear towards Ben and people like him from people outside of the second mass. I might be suspicious in their shoes. Is it more isolated and towards Ben? OR is it a broader issue towards an entire group? That you are going to have to wait until the episode airs to find out. 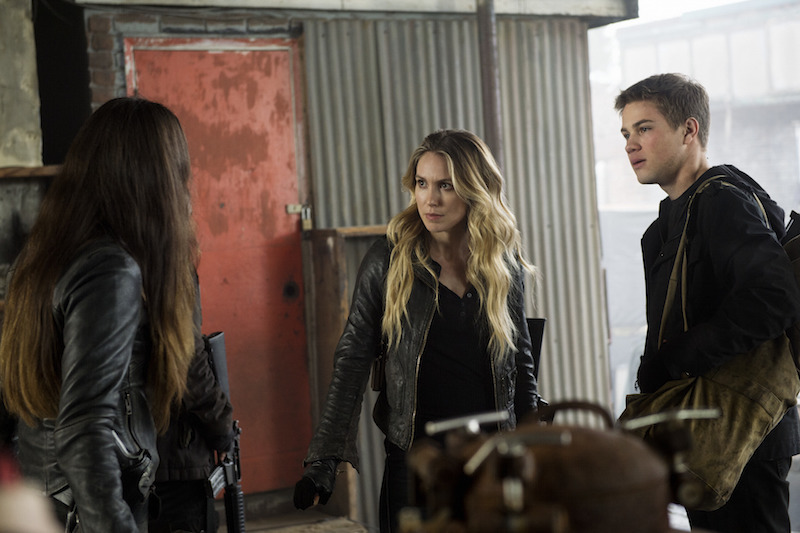 Ben had his heart ripped out by Maggie. How does this effect Ben’s humanity and restraint towards violence (Like in season 2)?

It raises the question of whether Ben’s loss of restraint is due to the context of the situation or if Ben simply loses his restraint overall. It is a very fine line but an important one and I think that it’s left up to the viewers to decide based on what they see with this weeks episode. What happen with Maggie definitely has an impact on him. There is a theme this season from Tom that you have to get your ‘rage’ on and each character has to have a position on that arc. Over the next three episodes, Ben has a very important arc for his character that starts this week. The episodes don’t ‘focus’ on Ben but Ben’s story arc is a big one.

I am dancing around this question as not to give anything away. I am happy with where Ben ended up. I feel good with the conclusion of his mindset and approach at the end. The thing that I am happiest with is despite all the problems he had the anger, the heartbreak, he ends up a better person through all of it, which is more than I can say for most characters in that situation.

When it comes to mythology and Ben, which story plot did you wish would have been fleshed out more? 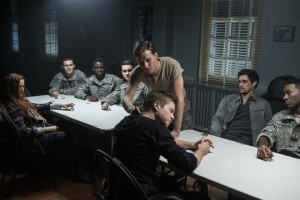 That’s the thing about a show like falling skies there’s a limited amount of time to tell all of the stories and plots that are planned out. Not every story arc of every character can be explored in the depth that you would wish. There were things, like in Season 3, regarding keeping the spikes and how if Denny and Ben kept them it would shorten their life span. It became this choice between keeping them and being an asset and having that risk. Or losing them and losing those powers and being safe. Ben choose to keep them and the suggestion was that there would be ramifications for that and we never really explore those. That is something I would have liked to seen explored.

When looking at the 3 episode arc for Ben, which of those are you most excited for Ben fans to see?

There is a preview which shows 3 main characters in front of a firing squad: Ben, Anne and Hal. Who survives?

With almost 6 years under your belt on Falling Skies what do you take away as an actor and writer/director from this experience?

There is so much. I was 15 when I started on Falling Skies. It’s kind of like asking what you get out of college. It’s a huge experience with so many of your formative years and experiences and best friends are made during that six years on set. I am a radically different person in almost every way now then I was when I started. Much like most people are at the age of 21 versus 15. There’s very specific things I learned about acting from working with people like Noah Wyle. I learned a lot about work ethics, how to think about scenes, and how to think about blocking. I learned about how to be a good leader on set and interacting with all the various crew members throughout the production process. There are lots of life lessons from working with dozens of directors, cinematographers, costume designers, grips and gaffers over the years. You learn a lot about how a project, especially something larger scale like Falling Skies, comes together. 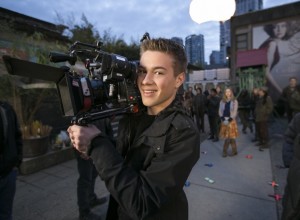 One of the great things about falling skies is that personally it helped me go from being someone who was unknown to being someone who people now knew. I was a boy in Toronto and now going for auditions my career has some history now and its helped me to get to know people I would otherwise not have met and it leads to what we have today which is 2 projects at TIFF. I have been very lucky, I was just cast on season 2 of American Crime on ABC coming up midseason. I am very excited for BOY to be shown at TIFF and Closet Monster which I am featured in. I am very proud of and I am excited for the world to see it finally.

So for all you Connor Jessup fans looking for what projects you can see Connor in after Falling Skies has completed check out his newest TIFF entries and be sure to keep an eye out for him on American Crime Season 2 airing on ABC midseason.

An East Coast teenager and aspiring special-effects makeup artist (Connor Jessup, Blackbird) struggles with both his sexuality and his fear of his macho father, in this imaginative twist on the coming-of-age tale from first-time feature director Stephen Dunn.

The next project to be featured at TIFF 2015 is a short film directed and screenplay by Connor Jessup.

After a boy dies in a bicycle accident, his ethereal shadow trails a classmate home from school and silently bears witness to the family’s sorrow, in this contemporary ghost story from former TIFF Rising Star Connor Jessup (Blackbird).