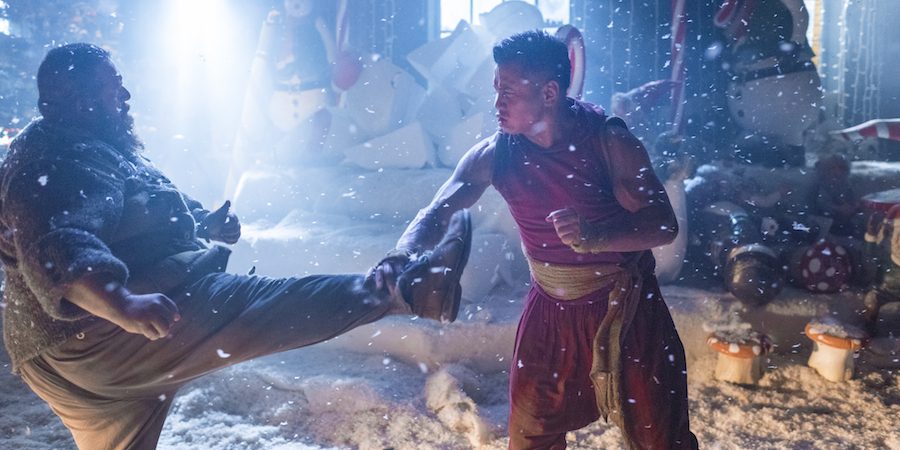 AMC Renews ‘Into The Badlands’ For Expanded Season 3

AMC HEADING DEEPER “INTO THE BADLANDS”

In Current TV Season, AMC Is Home To Four Of The Top Five Scripted Dramas On Cable

NEW YORK, NY – April 25, 2017 – AMC today announced that it has renewed the martial arts drama “Into the Badlands,” one of the highest-rated dramas on cable, for an expanded third season of 16 episodes, returning to AMC in 2018.

Midway through its current second season, “Into the Badlands” is averaging 3.6 million viewers per episode, including 2.1 million adults 25-54 in Nielsen Live+3 ratings. In the current television season, the series ranks as the #4 scripted drama on cable and the #4 returning drama, behind “The Walking Dead,” “American Horror Story” and “Fear the Walking Dead.”

“‘Into the Badlands’ looks like nothing else on television, a literal high-wire act attracting passionate and dedicated fans by the millions,” said Charlie Collier, president of AMC, SundanceTV and AMC Studios. “Thanks to series creators and showrunners Al Gough and Miles Millar, the terrific cast, led by Daniel Wu, the amazing martial arts team guided by the incomparable Master Dee Dee and fight directors Stephen Fung and Andy Cheng, and everyone else involved who brings this thrill ride to the fans.”

“We are excited and grateful to continue our journey into the Badlands with Charlie, Joel, Susie and all of our friends at AMC,” said Gough and Millar. “We also want to give a big clipper salute to our Irish and Chinese partners! The thought of doing an expanded 16-episode season is both thrilling and exhausting!!”

In the current television season, AMC has four of the top five scripted dramas on cable.

From AMC Studios, “Into the Badlands” was created by executive producers/showrunners/writers Alfred Gough and Miles Millar and is executive produced by Oscar®-nominated producers Stacey Sher and Michael Shamberg, along with David Dobkin, Stephen Fung, Michael Taylor and Daniel Wu.

“Into the Badlands” airs Sunday nights at 10 p.m. on AMC.