Outlander: Duncan Lacroix Talks on Twitter about the Murtagh Moment

Right the kettle is on! Getting ready for you’re questions in 5 mins. Be gentle. #AskDuncan

Q Murtagh is my favorite character, so happy he’s alive! What’s been your favorite scene to film in the whole show?
A OOOH that’s a tough one. There’s a few that I love, but the best fun I had filming was chasing the cows at Wentworth with Steve and Grant.

Q Any special Murtagh scene that will always be your favorite?
A Not as much fun as spanking cows but my favorite scene is the scene in the stables before the wedding talking about Claire’s smile. 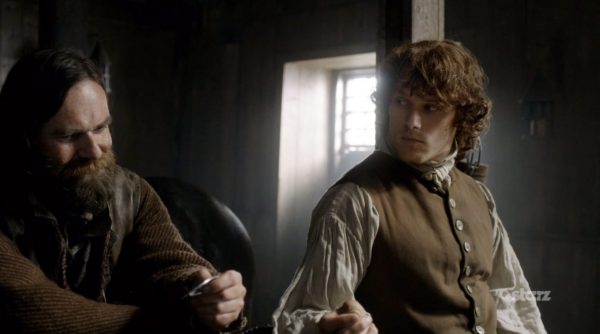 Q You and Sam Heughan have great chemistry on screen as Jamie and Murtagh. Did you and Sam hit it off right away when you first met after being cast? You seem like you’re great friends off screen too.
A He’s alright I suppose. 😐 Hehe seriously, yeah we all hit it off straight away.

Oh man I should have considered that I type at the pace of an aged turtle before I agreed to this….😬

Q Which is your favorite character of the tv series?
A I love watching Tobias do his Black Jack but then I’ve always liked the villains.

Q Any injuries while filming?
A No we were very lucky, although I nearly decapitated the armorer during the filming of Prestonpans. My bad.

Q What’s your favorite thing about Murtagh?
A He looks just like me with long hair and a beard. Other than that it’s his strange kind of stubborn courage. A Fraser trait.

Q Murtagh makes many lasses’ hearts flutter. What would he say if he knew he was a sex symbol in 2017?
A Mmmmm a fascinating question we have here. I actually don’t think he’d say much, probably just take advantage and get it on!!!

Q How many tattoos adorn your physique?
A One.

Q In developing Murtagh, the character, what was your greatest challenge? In the books, he doesn’t say much.
A I suppose coming to terms with my first big job as an actor was the biggest barrier. Just staying calm and trusting myself and the material.

Q What is the most emotional scene you shot?
A I think the scene we shot as Jamie is recovering in the monastery. All in Gaelic. Maybe that was just the fear of getting it wrong. 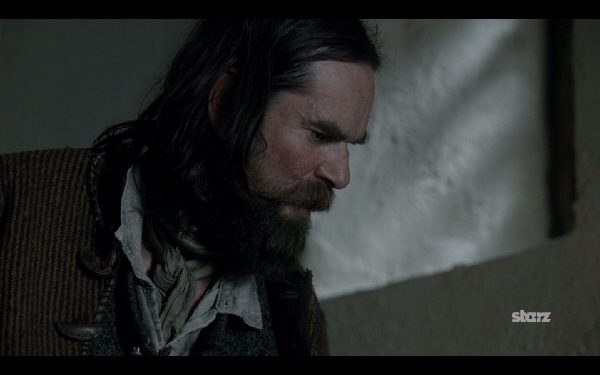 Q When will we see Murtagh again?
A As yet I honestly don’t know.

Q Have you ever done Shakespeare? If so what part did you play or would you like to play?
A Yes I’ve played Macbeth and Malvolio. I’d love to have another crack. I’d love to play Iago from Othello.

Q What do you think keeps Murtagh brave?
A Sheer bloody-mindedness and love.

Q Did Murtagh smuggle his tartan out of the prison?
A I don’t know but Duncan certainly made off the set with it … shhhhhh

Due to technical difficulties, Sam’s live Q&A will now go live at 1:30pm EDT / 6:30pm GMT. Thank you for your patience! #BarbourSamHeughan

Q Ah because your Q&A getting all the attention now?
A Victory!!!

Q Bagging any Scottish munros lately?
A It’s been a few weeks since the last one but I’m planning on Ben Nevis before the end of the year!

Q Who was your favourite actor/actress growing up?
A That changed during my teenage years from Clint Eastwood to Marlon Brando. As a young kid it was Burt Lancaster because of his backflips.

Q Did you have any idea that you would get all the Outlander fan love when this began and how do you feel about it?
A No I don’t think any of us knew how huge the fan reaction would be. It’s great and luckily I don’t get recognized so I can enjoy it.

Q What has been your most favorite set location and why?
A When we filmed Rent in Season 1 we filmed in the Highlands at Aviemore. So beautiful. 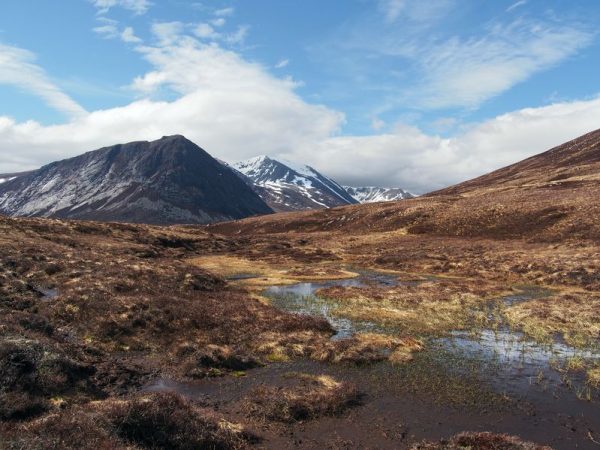 Q What character trait do you share with Murtagh?
A Thanks. I share Murtagh’s dark sense of humor.

Q How hard was it to keep Murtagh’s survival a secret?
A It wasn’t too bad but very hard to keep quiet during conventions.

Q Love the show and the cast. Made me go and read the books. Do you have a favorite TV show besides Outlander?
A I’m a big fan of Ray Donovan and the Netflix cartoon Rick and Morty. Oooooh yeah Rick and Morty makes me happy.

Q Favorite place to go and unwind? Travel?
A I’ve visited a few places I’d never thought I’d get a chance to thanks to the show, but Scotland and the west of Ireland are hard to beat.

Q You made so many of us fall in love with Murtagh. What have you loved most about working on Outlander?
A I think the grand adventure of it all. I’m very lucky to have been cast. The sense of community the show has too.

Q Who’s the funniest on set?
A Used to be me. Hands down. Funniest Mofo. Ever. Don’t know who it is these days. They are prob all depressed.

Q How difficult was it to learn Gaelic?
A We didn’t learn the language itself just the bits we needed, but it’s a tough language. Very beautiful though.

Q Sorry to say but Murtagh is my fav character. Shhh don’t tell Sam Heughan or Caitriona Balfe.
A It’s ok they never need to know.

Q Today is National Poetry Day here in the States. Have a favorite poet?
A Either TS Eliot or Charles Bukowski, depending on mood or whisky taken.

Q How you see Murtagh’s future in the show knowing Murtagh didn’t survive in the books?
A I’m excited to find out. I can’t imagine it would be easy for him to be separated from Scotland and Jamie. But he’s a survivor.

Q We had one love scene in season two. What actress would you want Murtagh to romance?
A Anyone with bad enough eye-sight to take the job.

Q Please play Lemmy! Do you ever think there will be a Motörhead movie???
A Somewhere someone must be thinking about it. God I’d love to play Lemmy.

Q Can you pick a winner from Tigers or Crows for Australia’s AFL grand final this week?
A Tigers? Yes I’m definitely feeling Tigers. Bet your house.

Q Murtagh and Fergus had a fun relationship. How do you think they will get along once he is grown?
A That’s an interesting one. Depends how time has changed them both in the meantime but I’m guessing they’d still make a good team. 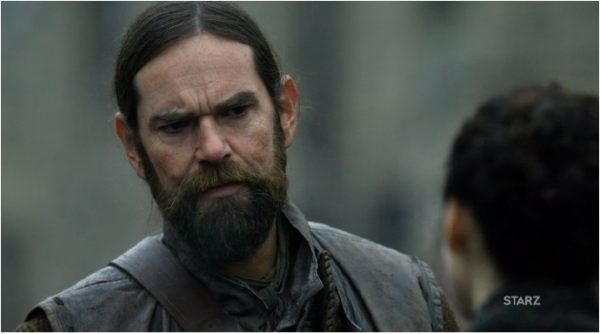 Q What’s been the best (or worst) costume Murtagh has had to wear? (Murtagh didn’t seem to love the French clothing.)
A I think the day to day Murtagh casual look, sporting the leather jerkin. I love my leather jerkin. It’s badass.

Q What’s for supper?
A And the most important question I leave till last. Beans on toast with grated cheese than off to the cinema to see Mother.