For all those who were enthralled by the performance of Michelle Yeoh in season 1 of Star Trek: Discovery, CBS All Access just made an announcement that should make the heartstrings flutter.

CBS All Access has announced plans to further expand the “Star Trek” universe with a new live-action series in development starring Michelle Yeoh. The series will expand on Yeoh’s current role as a member of Starfleet’s Section 31 division, a shadow organization within the Federation, on Star Trek: Discovery, which debuts its second season Thursday, Jan. 17, again on CBS All Access in the U.S. The show is also distributed concurrently by CBS Studios International on Netflix in 188 countries and in Canada on Bell Media’s Space channel and OTT service CraveTV. 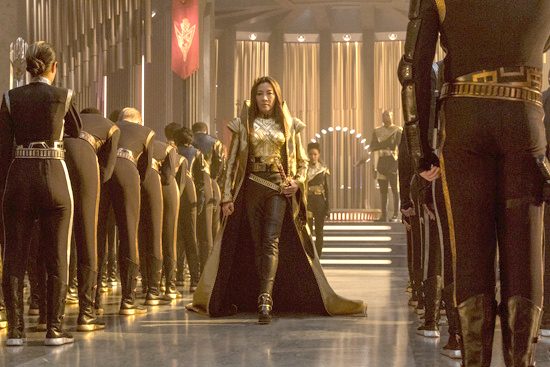 Michelle Yeoh will reprise her role in an as-yet untitled new Star Trek show in CBS All Access that explores her work for Section 31.

Yeoh was a revelation on Star Trek: Discovery’s first season as Captain Philippa Georgiou initially, then as Emperor Georgiou of the mirror universe — a ruthless and dominant leader who controlled, kllled and manipulated all those around her. Yeoh’s performance in the role was widely lauded and there were more than a few interesting theories about what had become of her when Michael Burnham let her walk at the end of season 1 with the caveat “be nice.”

So part of the answer is apparently coming in season 2 as Georgiou looks to have cast her lot with Section 31. An interesting and exciting twist moving forward.

“Michelle has shattered ceilings, broken boundaries, and astonished us with her grace and gravitas for decades. As a human, I adore her. As an actor, I revere her,” said Alex Kurtzman. “Erika and Boey are remarkable, exciting writers who bring a fresh perspective to the world of ‘Star Trek,’ and we’re all thrilled to explore the next wild chapter in the life of Captain Philippa Georgiou.” 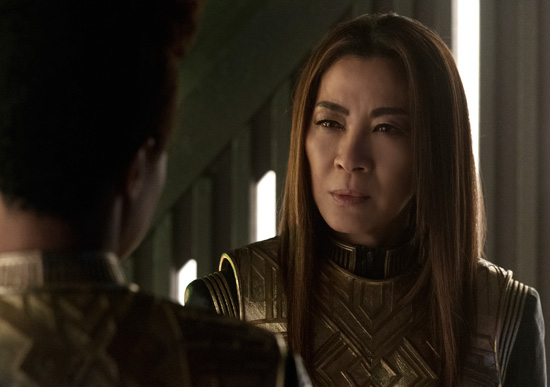 Michelle Yeoh will reprise her role in an as-yet untitled new Star Trek show in CBS All Access that explores her work for Section 31.

“I’m so excited to continue telling these rich ‘Star Trek’ stories,” said Michelle Yeoh. “Being a part of this universe and this character specifically has been such a joy for me to play. I can’t wait to see where it all goes – certainly I believe it will go ‘where no WOMAN has ever gone before!’”

Yeoh has an impressive resume outside of Star Trek: Discovery, having starred recently in “Crazy Rich Asians,” “Crouching Tiger, Hidden Dragon,” and “Memoirs of a Geisha,” to name only a few. Having her lead her own Star Trek series promises to be an interesting ride, particularly if she maintains the mentality, ambition and ruthlessness of the mirror universe Georgiou. But then again, it’s probably those traits that were attractive to Section 31 and prompted her recruitment. Should be fun.