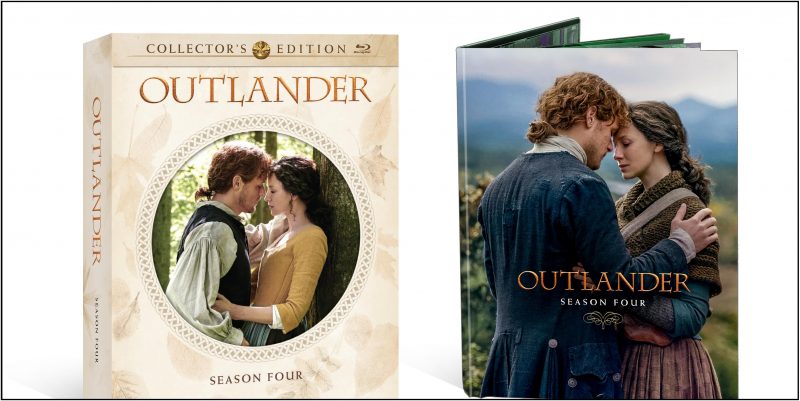 How many times have you watched every episode of Outlander’s Season 4? Are you ready for something new? Well, something sort-of new? In just under 2 months, you’ll have it – deleted scenes, scenes specially developed, gag reel and more! On May 27 and 28, the Season 4 DVD and BluRay sets, and the Collector’s Edition Set will be released! 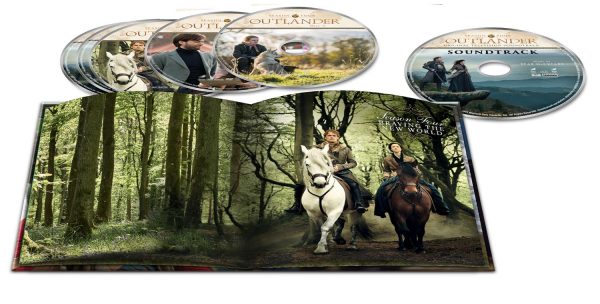 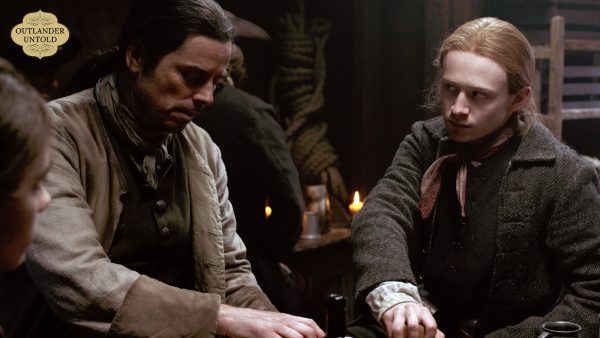 In “Here in the New World,” the cast and crew take a look at the new cultures, costumes, social rituals and homes this season; Caitriona and Sam along with the cast and crew reflect on their favorite moments from the last four seasons in “Nothing is Lost: A Look Back;” and “Training Rollo” has John Bell and Animal Wrangler David Stewart taking viewers through some of the training they did with Rollo, the wolf. 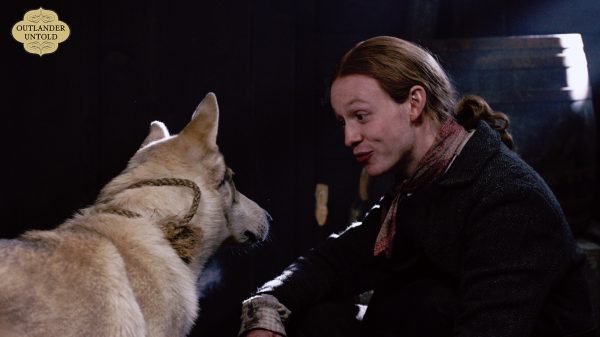 The Limited Collector’s Edition and Blu-ray™ will feature a gag reel, nine deleted and extended scenes with introductions by Executive Producer Ronald D. Moore, episode commentaries from Moore and Executive Producers Maril Davis, Toni Graphia and Matthew B. Roberts among others, and two additional featurettes.

In “Outlander Untold: Through the Stones,” take a look at the making of the four Outlander Untold additional scenes with on-set interviews from the cast and crew. “People of Worth: The Frasers” highlights the loving relationship between Claire & Jamie, Brianna & Roger’s challenges this season and a look at what family means to the extended Fraser clan.  In addition, the Limited Collector’s Edition Blu-ray will feature special packaging, an excerpt from the ninth book in Diana Gabaldon’s Outlander series and early access to the Season Four soundtrack.

And there’s a contest!! One fan will also have the chance to win roundtrip airfare for him or herself and a guest to Scotland for a five-night stay and a visit to the set of brand new “Outlander Untold” scenes being filmed for Season Five. The Outlander Untold Set Flyaway Sweepstakes opens on April 1, 2019 and closes on May 1, 2019, with one lucky winner announced on June 1. This will be for fans aged 18 or older who are legal residents of the United States and hold a valid US passport. To enter, go to theoutlandercollector.com!

You can order the Collector’s Edition and other sets from Amazon. The price has dropped significantly on the BluRay from its first announcement – today, it’s at $44.95.

Watch for notices about new episodes of our radio show – The Outlander Gab,
and listen to past episodes on our Live Radio page