Upgrade Soul is a fascinating look at what might go wrong if there was an opportunity to extend your life. It is a hauntingly beautiful story that makes you really rethink the way you feel about life. Would you go back to a younger you, armed with the knowledge you have now, and start over again? Find out the fate of someone who did and check out Upgrade Soul! 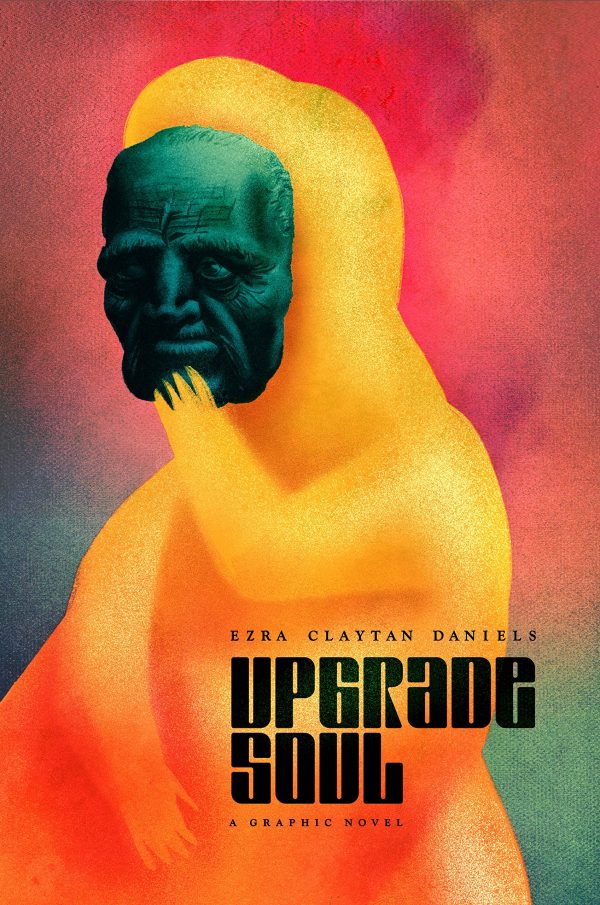 Upgrade Soul is complete with an incredible app and a soundtrack to make the story even more immersive than ever. Here is a preview of the app!

Three if By Space was lucky enough to be able to get an email interview with creator Ezra Claytan Daniels! Read it below:

Three if By Space: What gave you the idea for Upgrade Soul?

Ezra Claytan Daniels: I was born and raised in Sioux City, Iowa, which is a pretty small town. In high school, I was the standout art kid. When I moved to Portland, Oregon to go to art school, I was suddenly surrounded by kids who were better than me at everything, and I had sort of an existential crisis. That fear of being made obsolete by someone who’s better than you at everything that makes you YOU is the nugget that became Upgrade Soul.

How much research went into the scientific side of Upgrade Soul?

I consulted with experts in the fields of optical engineering biogenetics, and neuroscience to make sure the technobabble at least sounded plausible. But while I really aspire to true hard sci-fi, this story is probably more on the parable-end of that spectrum.

What was the most challenging aspect of writing Upgrade Soul?

By far the hardest thing for me was writing a character with a physical disfigurement. Early drafts of the story, which I wrote when I was in my early 20’s, used that character as more of a plot device than a human being with agency. When writing the later drafts, I basically rewrote her entire arc and really centered her in the 3rd act because I wanted to give her room to become a fully fleshed out character. As someone who hasn’t lived that experience, I felt a huge responsibility to do research and talk to people and do everything I could to represent that experience with nuance and depth. 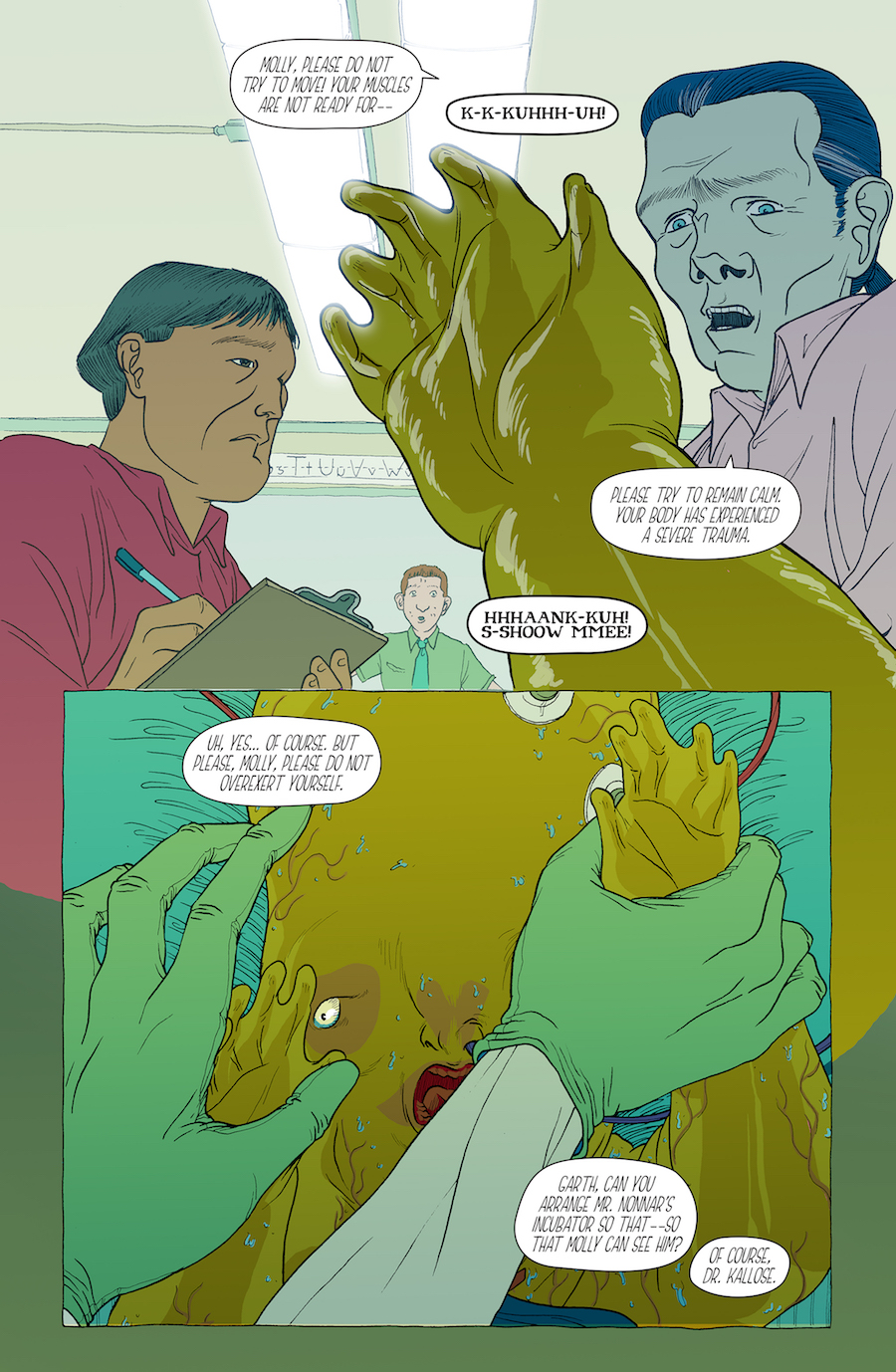 The line “…sometimes it’s the people closest to us keeping us from being happy…” is such a heartbreakingly true sentiment, do you have any advice for people who are experiencing that predicament?

I don’t have any hacks, that’s for sure. Having a toxic relationship is one of those things where the only solution is a hard one: you ultimately just have to have a really difficult conversation with somebody. And that conversation is not going to go well, because nobody believes they’re toxic, and toxic people will do everything they can to shift the blame back on you. But maybe at least knowing that going in will make it less surprisingly when things get hurtful. It’s hard to stay firm, and stay honest in situations like that. But it’s just like breaking up with a significant other. It’s gonna suck really really bad for awhile, but you always come out stronger and better as long as you stay honorable.

Did you have a “writing soundtrack” when you were first writing the story and does the soundtrack mirror any of those songs if so?

A long time ago a friend of mine gave me a CD box set of horror movie soundtracks, that really focused on italian horror and giallo scores. I wrote to that A LOT, and that became a starting point for the Upgrade Soul soundtrack. Once I started getting Alexis Gideon’s tracks for our score, I actually started writing to that, because I was still rewriting the 3rd act when we started working on the app.

How exciting is it to be relaunching this book to an entirely new audience?

Upgrade Soul was originally designed for this platform, so as happy as I’ve been to see the book get so much recognition, I’m constantly thinking, “Yeah, but wait ’til you read it how it was MEANT to be read!”

Since its launch 7 years ago is there anything you find you want to add to or remove from the story?

The biggest changes to the story were in the 3rd act, which were never updated to the original app. But I did make a big change to some of the character designs. I originally designed the clone characters to look like babies with old faces, and by the time I’d drawn about half the book, I started to really hate the way they looked. They were just too expressive, and they looked too much like their sources. I wanted the reader to feel more unsettled by the fact that their emotions can’t be read—almost like they’re above emotions. So I redesigned them, and then had to go back and redraw the clones in every panel they appeared in, over like 100 pages.

What did you learn about yourself during writing Upgrade Soul?

Lastly, would you choose to participate in this experiment in the future, as long as the flukes were worked out? 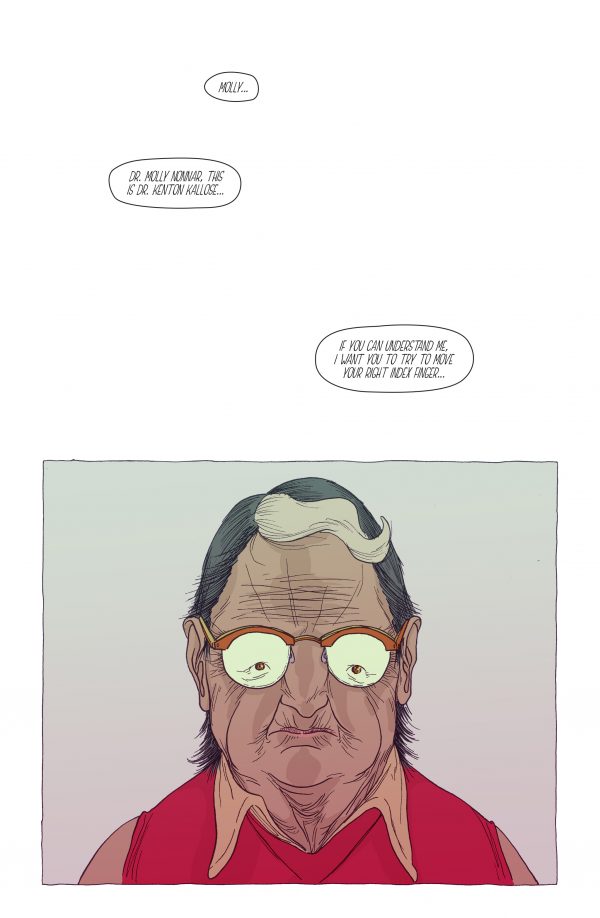 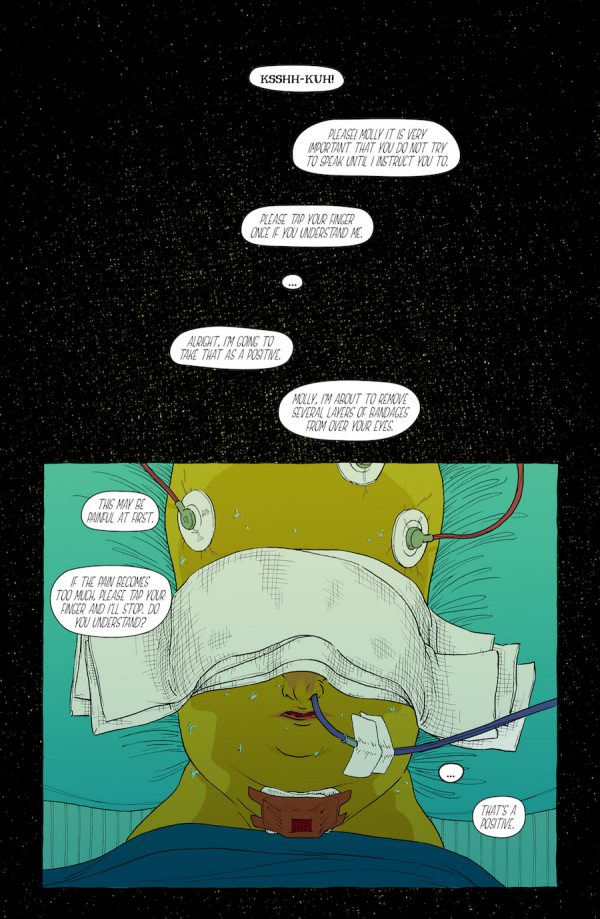 Stay tuned for a full review of Upgrade Soul!