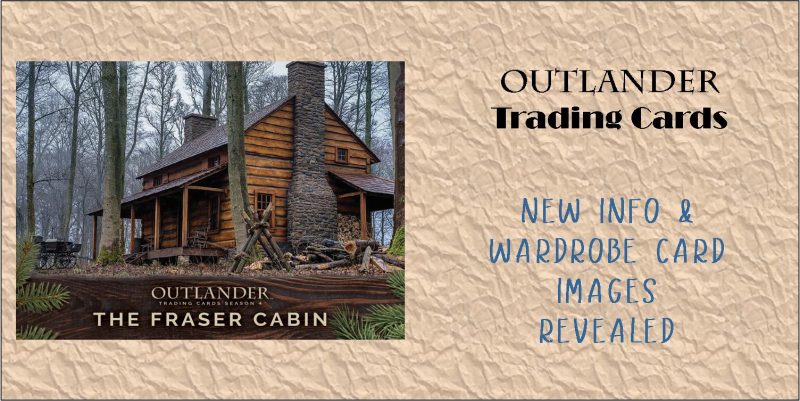 Outlander trading card collectors, get ready for Season 4 cards! In the past week and a half, card publisher Cryptozoic has released quite a bit of new information, some of it exclusive to threeifbyspace. I’ve compiled all the info we know about the S4 cards here! If you haven’t yet preordered your products, or want to add to your order, you can buy them here in our shop.

Last Friday, Cryptozoic did a two-day video “con” highlighting many of their products. One of the panels was Dustin Porras, associate product manager for the cards, talking about the release, and showing some wardrobe cards. You can see all of those cards and more, below. Also last week, Dustin was our guest on the Outlander Gab on the Air, talking about the card release and providing some exclusive info. Immediately following the Cryptozoic presentation, two double wardrobe cards went on sale – and were very quickly sold out! Highlights from both talks: 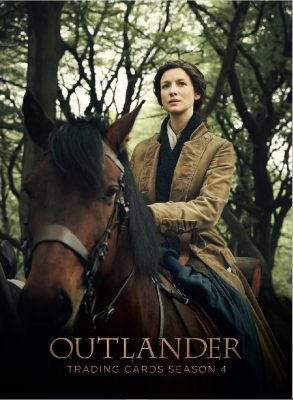 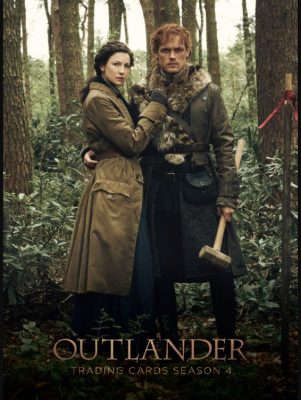 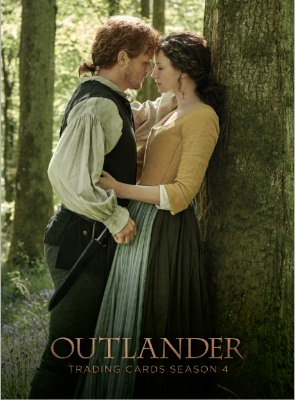 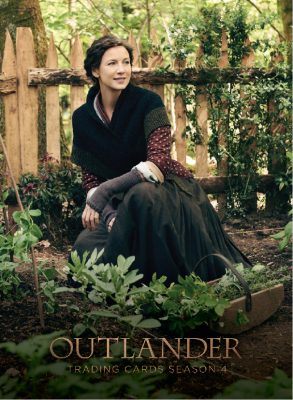 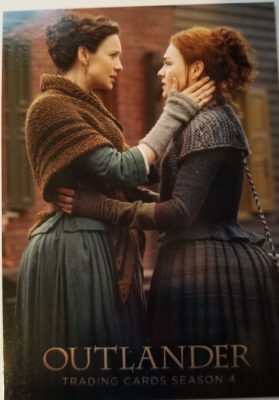 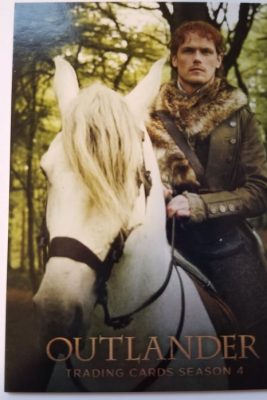 Dustin was our guest on the Outlander Gab on the Air last Tuesday. You can listen to that entire broadcast here. (The interview starts at about 35:00.)

Enter the giveaway below to win Season 4 promo cards P5 and P6. Open worldwide. We are not responsible for difficulties in entering (if you have trouble leaving a blog post comment, my best suggestion is to try another browser – Chrome instead of Edge, etc). The comment does NOT go in the Rafflecopter box – look below for the Disqus comment section. Winning entry will be verified.