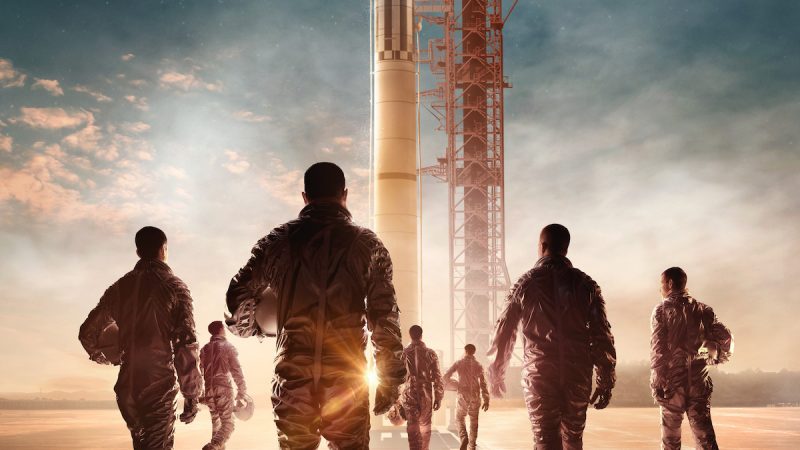 Space is in our name. It’s the core of our origins and everything we love about science and technology. Whether it’s in real life or a Hollywood film. I grew up loving science and space. My grandfather was an engineer and a scientist and he would always talk about sending suggestions to NASA and the things he was working on. When we heard Nat Geo was putting together a series on Disney Plus covering the early days of the space program we knew we needed to drive in. One of the important aspects of good science in any Hollywood film whether its fiction or based on the factual past is the consultant behind them. Experts in those fields help guide the facts and ensure that the story is supportive of the science. We had the opportunity to ask one of the consultants behind The Right Stuff, Dr. James Hansen. So before we dive into our interview, let’s take a look at the new series on Disney Plus.

The incredible story of the early days of the U.S. space program, based on the iconic bestseller by Tom Wolfe. At the height of the Cold War, newly-formed NASA selects seven of the military’s best test pilots to become astronauts. Competing to be the first in space, these men achieve the extraordinary, inspiring the world to turn towards a new horizon of ambition and hope.

Biography: Dr. James R. Hansen is Emeritus Professor of History at Auburn University in Alabama. An expert in aerospace history and the history of science and technology, Hansen has published 14 books and numerous articles covering a wide variety of topics, including the early days of aviation, the history of aerospace engineering, NASA, the Moon landings, the Space Shuttle program, and China’s role in space. Jim’s book, First Man (Simon & Schuster, 2005, 2012, 2018) is the only authorized biography of Neil Armstrong, first man on the Moon. The book has twice spent three weeks as a New York Times Bestseller, garnered several major book awards, and been translated into 24 foreign languages. In 2018 First Man was turned into an Oscar-winning Hollywood film directed by Damien Chazelle and starring Ryan Gosling and Claire Foy as Neil and Janet Armstrong.

From 1981 to 1986 Jim served as Historian-in-Residence at NASA Langley Research Center, from which he published a two-volume history of Langley: Engineer in Charge (1987) and Spaceflight Revolution (1995), the latter of which earned a Pulitzer Prize nomination, the first and only time NASA has ever nominated a book for a Pulitzer. Jim is also a former vice president of the pathbreaking Virginia Air and Space Center. He taught history at Auburn University for 31 years, with his classroom instruction earning a host of awards, notably induction into the College of Liberal Arts Teaching Hall of Fame. For six years, from 2006-2012, Jim served as Director of the Honors College at Auburn. For the Appian Way/National Geographic production of the limited series for television, The Right Stuff, based on Tom Wolfe’s classic 1979 book and will premiere on Disney+ in the fall of 2020, Hansen served as the primary historical consultant. 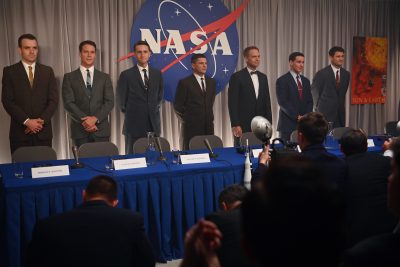 Q: As an advisor how do you blend historical fact with the need for dramatic storytelling in an episodic format?

A: Good story and good history are not mutually exclusive. TV series like The Right Stuff are entertainment, first and foremost. If they aren’t entertaining, nobody tunes in. If nobody tunes it, it doesn’t matter how factually interesting or historically illuminating your presentation is. You have to get the audience engaged in a stimulating storyline if you are going to get them to keep watching the series.

Q: Tell us about the importance of experts such as yourself when telling the story of such complex topics of rocket science and space exploration.

A: Experts, both technical and historical, can help a TV series and or a movie very significantly. Inputting together a provocative and entertaining film for TV or film why not be as accurate as possible in everything you create for people to watch? For subjects like the engineering of rockets, the intricacies of Mission Control, the design of the spacecraft, and astronaut’s spacesuits, accuracy in the details adds major authenticity to the story. That’s always been the cutting edge for me: if there is nothing in the presentation of the story that necessitates fictionalizing something about your production, then go for the real thing! But to do that, the producers need to draw on the expertise of people who know the details of what’s real.

Q: What is your favorite story that was personal for you when being able to see it retold in the series?

A: I especially care for the storylines involving the astronauts’ wives. The impact of the space program on the wives and the astronauts’ families overall was greatly romanticized and mythologized from the start. So, I love coming to a better understanding of what the women experienced

Q: Talk to us a bit about how the technology used in the first missions to space compares to what we have today.

A: I think the best way to answer this is to recall the experience of a man named John Pierce, who was a visionary American electrical engineer working at Bell Telephone Laboratories. In 1952 Pierce began to develop ideas for global communications satellites based on man-made satellites placed in Earth orbit. Fearing the ridicule of his engineering colleagues for such an outlandish idea, Pierce decided to publish his article on comm sats, under a pseudonym, in the pop magazine Amazing Science Fiction. Pierce didn’t dare publish his ideas in a regular technical or scientific journal! And Pierce is just one example of this sort of thing.

Q: As we prepare for the future of space exploration (Mars and beyond), what would say to kids today who may become our future astronauts and scientists?

A: It’s not just all about astronauts and rockets. One of the goals as a teacher and author has been to get young people excited not just about the vague idea of STEM, but, more specifically, the all-important role that engineers and the technically-minded have played in the story of space travel. Many kids want to grow up to be astronauts, and that’s fine. But I aspire for more young people to grow up to be engineers. Without the people on the ground, nothing about the eventual triumph of the space program, Moon landings, Space Shuttle, Space Station, Mars Rovers, anything!, could have happened. But I also want those engineers of the future to be well educated in a broader, literate way. They need to be sensitive to values and ideas that come out of a study of history, literature, philosophy, and the arts. We don’t want a two-culture society where one culture is technical and the other is not. We need better integration of those two cultures, and that only comes through proper education.

You can catch The Right Stuff over on Disney Plus now, and for a short featurette behind the scenes, check it out below.

Behind The Scenes of The Right Stuff