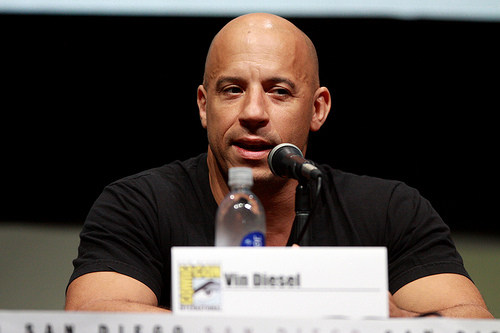 Han would have never been able to shoot first if he didn’t have a DL-44 blaster pistol strapped to his hip. The alien threat in “Predator” wouldn’t be quite so intimidating if it wasn’t for those massive blades strapped to his wrist and that shoulder-mounted cannon with the trademark three-dot site. And it wouldn’t matter one little bit who you were gonna call in the event of a haunting if the “Ghostbusters” didn’t have their proton packs to help capture the wayward spirits.

In the worlds of sci-fi and fantasy, heroes or villains are only as good as their weapon of choice. Some pack a mean punch, like the Noisy Cricket in “Men in Black,” while others are much more subtle, like the Sword of Omens from “Thundercats.” Weapons are one of the coolest aspects of the genres, helping establish the tone with their out-of-this-world capabilities, awesome neon lights and that all-important pew-pew-pew auto-fire.

From the beginning of sci-fi to today, nerd culture has had a love affair with the weapons of future and fanciful worlds. It was as true in the ’60s and ’70s as it is today. Here’s a look at five of the most fantastic weapons of modern sci-fi and fantasy — it’s unlikely any of these will become as iconic as the light saber, but that doesn’t make them any less awesome:

In “Elysium,” Matt Damon has a frame of metal and wires bolted onto his body, giving him unparalleled strength and the ability to fight like a one-man army after he could barely stand on his own two feet. The Elysium exo-suit takes something like the robotic armor of older sci-fi works and personalizes it, abandoning the need for an entire shell of titanium, and instead empowering the human body to be all that it can be. And seriously, how cool does that thing look once Damon is strutting around, swatting enemies away as if they were nothing more than flies?

In the world of “Defiance,” the planet is populated by mankind and seven alien races living under an unsteady alliance following a long and devastating war. The land has been terraformed to resemble a mix of planet Earth norms and the flora and fauna of the worlds once belonging to the aliens. In short, it’s like living in the Wild West all over again and, while the “Defiance” television show and video game are overflowing with firepower, there’s no better tool for the everyman than a handy Po-Tech Pistol. Series protagonist Nolan has relied on his more than a few times, and it’s always shot straight and true.

The human brain: ‘Game of Thrones’

Whether you’re reading the books or following the hot new television adaptation on HBO, anyone who has been following “Game of Thrones” knows that the single most lethal weapon in the world of Westeros is the human brain. Swords kill hundreds in epic wars, but who directed those swords to seek out a target? Giants, frozen zombies, dragon’s fire, and actual dragons themselves pale in comparison to the honed edge and swift vengeance of the human brain. The main characters move one another about like pawns on a chess board, causing entire civilizations to crumble in their wake, and proving that a duel of wits is far more deadly than one that’s fought with a sword in hand.

Despite everything that was just said, or perhaps expanding on that idea a bit, “Riddick” himself is the most deadly weapon in the dark corner of the universe he calls home. The man is a walking, talking, killing machine who seems to prefer killing over walking or talking. In the upcoming film, Riddick is held captive by a large number of bounty hunters who are armed to the teeth. When they discover their stronghold of metal, rubber seals, reinforced glass, and high-tech weaponry is no match for the monsters lurking at their doorstep, they decide to free Riddick under the condition that he fights on their side. The bounty hunters realize their best bet at survival is a man who knows no fear.

The dome: ‘Under the Dome’

Okay, so, while the dome that holds the residents of Chester’s Mill captive isn’t technically a weapon, it might as well be. Ignoring all of the collateral damage it has caused due to former neighbors going all loopy and harming one another, the dome itself arrived with a bang. Not only did it bring down an airplane and smash half a dozen cars full of unsuspecting passengers the moment it arrived, but the thing cut a whole freaking cow in half. How many other sci-fi/fantasy weapons have done that?