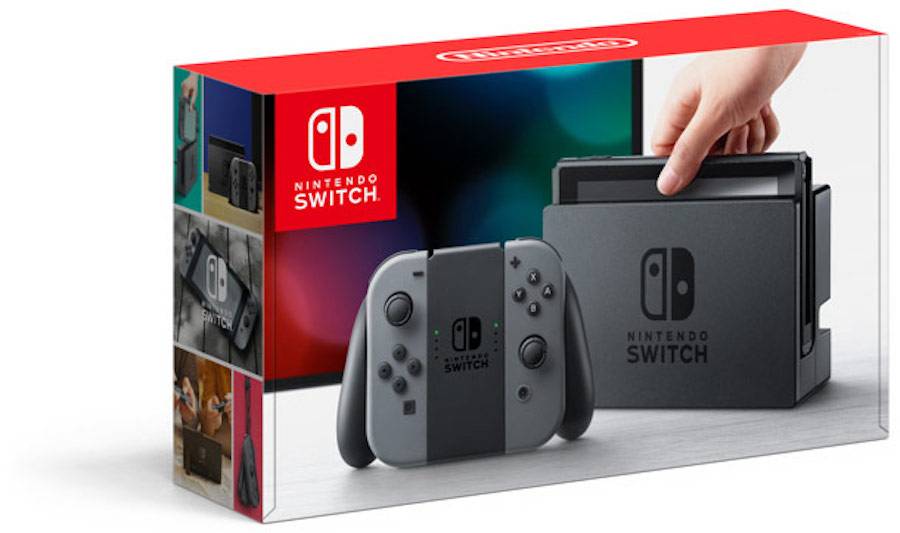 There has been a lot of talk about price, features and comparisons to other gaming systems when it comes to the Nintendo Switch. Nintendo has always been one for controversy in some form when it comes to their choices for hardware. Admittedly for me, this is the first time I have purchased a new console on release day since the Wii first came out over 10 years ago. Zelda is a franchise that for many is the sole reason they still buy Nintendo products. So the real question is two-fold: Is the Nintendo Switch worth buying and is the Zelda game any good?

When it comes to features, the Switch has a few unique ones. It also lacks a few that other modern gaming systems have. The device has two modes: Console or Handheld mode. When connected to the dock it can do up to 1080p on a TV. In portable mode the Multi-touch capacitive touch screen / 6.2-inch LCD Screen / 1280 x 720 can handle up to 720p. All in all, the resolution is on par with other gaming systems.

The GPU is an NVIDIA Custom Tegra processor which they don’t provide much other details about. Because of that we cannot compare it to other gaming systems but initial play with Zelda seems to indicate it’s at least as powerful as the Wii U. That would mean they did not step up their game to compete with Sony or Xbox. But let’s be honest, have they ever? Or should they even?

The Nintendo Switch has a headphone jack, so when you are on the go you can quietly listen to your game. However, there is no compatibility for bluetooth. The battery itself cannot be removed, so if the battery goes bad, you will have to go through Nintendo for replacement. Which they have confirmed they will offer. The 4310 mAh battery is said to offer up to 6 hours of portable game play. Nintendo provides Zelda as an example where you will get about 3 hours of game play. I can confirm in my testing of playing Zelda in portable mode that I can get at least 3 hours of game play in before needing to dock up.

The microSD slot is another area of talk with the Switch. Compatible with microSD/microSDHC/microSDXC memory cards, the built in memory on the Switch is only 32GB. Many point out that even the smallest modern gaming system offers 500GB. In the world of DLC’s and digital versions of games, this seems like a rather big oversight. However, Nintendo has re-introduced game cartridges which would eliminate that concern for those who purchase physical copies. For those that don’t, you can upgrade storage through the microSD slot. I upgraded mine with a SanDisk Ultra 200GB Micro SD card from amazon for $64 on sale (currently $72). The 256GB version doubles in price.

Your game save data cannot be moved to another device, at this time. Nintendo commented on the news that your save data is stuck on your device. So if its lost or broken, or you try to bring the microSD card to another system it won’t work. This seems like an odd choice given current age of gaming but notice in their comment they said “at this time”. I expect there to be a software update in the near future that will allow it.

With what little we know about the CPU/GPU behind the system, our assessment is that this does not compare overall in power to Xbox or Playstation. However, Nintendo knows full well that it doesn’t have to. So they decided to focus on a feature that the others don’t have. Something that the Nintendo Switch does very right, portable mode. 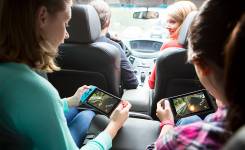 Portable gaming systems are not new, even for Nintendo. What the switch has done is given you the ability to play on your TV at home like all other systems. Then allow you to take it on the go, and continue right where you left off, and play anywhere. Looked at by many as a gimmick when it was first revealed, this has become its biggest selling point.

The unit itself is fairly light, making it comfortable to play from a weight standpoint. The attached joy-con controllers take a little getting use to with the different positions of the left and right joysticks. Still, they are not as odd feeling as you might expect. Even if you use the joy cons separated from the device, they fit well into your hands.

Overall this is where the Nintendo Switch shines. To have a gaming console be both console and handheld is unique in the market and is what gives Nintendo the edge for portable and co-operative gaming. The ability to play with others anywhere and taking your gaming with you is fun and brilliant.

Like any new console, there are bound to be some issues that come out with the first iteration of a new piece of hardware. Say what you will about Nintendo but Sony and Microsoft had their own issues too. First is pricing. At $299 the Switch is lower in price then the other big systems when they first launch. The argument against the price has been launch titles. Nintendo banked its entire launch on a single game, the new Zelda: Breath of the Wild game. In my opinion, that was a good gamble, but more of that later on. $299 isn’t a bad price when you consider you get a console, a handheld, and 2 controllers. 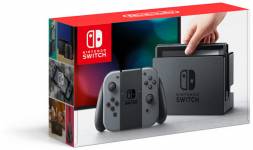 The second part of the price debate is the lack of storage space, and having to buy a microSD card to get it up to snuff space wise. The going rate for a 200GB card is $70, which brings the total up to $370. But again, you always have to buy accessories with new systems. The switch has two controllers with it already, that $70 for the card is the same you would pay to get a second controller on the other systems.

There have been some reports of hardware issues ranging from disconnecting joy-cons to dead pixels on the LCD. The disconnecting joy-con issue is something I have not seen. Nintendo’s response is basically watch out for interference with other wireless devices or noise. Could be where I placed my switch that I am not seeing the issue, but that seems like more of a situational user issue then a hardware failure. Clear line of sight to the system is your best practice to prevent this.

Dead pixels on a LCD screen is not unusual but a lot less common than it was in the early days of LCD screens. A few here and there are possible but go largely unnoticed. Nintendo’s response to this was a little less ‘consumer friendly’ then it should have been. Their response is a few dead pixels is not a defect. While that may be technically true, it doesn’t change the fact that it leaves a bad taste in a gamers mouth after just dropping $300. I would expect if the issue grows in number of pixels or unit affected, we will see a replacement program.

Getting the Nintendo Switch has been another big issue, with Amazon botching the entire launch with its Prime customers. Thousands of customers who pre-ordered back in Jan on Amazon, myself included, found ourselves getting notifications that our units would not arrive on release day as promised. Instead they were shipped USPS Parcel Ground (2-8 Days) with an expected arrival of Monday (today) to end of the week. To add insult to injury while Amazon was cancelling preorders and not shipping out on time they were offering units on Prime Now in select cities. Those people got their units on release day. Those who pre-ordered in Jan are still waiting. This has led to a lot of Prime customers dropping Amazon’s paid membership. We reached out to Amazon for comment but they did not respond in time for this article.

Zelda – Breath Of The Wild

The long-awaited game in the Zelda franchise launched March 3rd along with the Switch and a Wii U version. This title was banked by Nintendo to sell the Switch and that gamble both did and didn’t work. It didn’t work because the Wii U version and Switch version of the game are the same, so the title sold itself, not specifically because of the Switch. Where it worked is the fact that it is in my opinion the best Zelda game in the franchise. 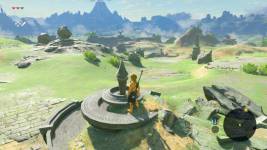 The concept of the new Zelda broke with tradition in many ways but also kept the heart of the series in-tact. Runes give Link different abilities to control while beating Shrines will give you spirit orbs. These orbs can be traded in at certain statues that you pray at to get heart containers or stamina vessels. A rather fun and unique twist on the classic way of gaining more life in the game.

The newest feature is cooking. Rather then simply buying elixirs and going to fairy fountains for more life (which you can still do) you can now hunt, collect and cook your own. This adds another layer of fun gaming time away from the main quest. The series is also full of side quests and adventures to keep you busy for hours.

I will admit I am not as far into the game as others who got it on launch day. But with about 10 hours of play in so far, I have yet to get bored. The 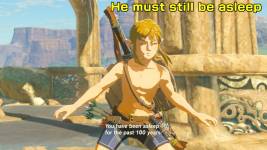 entire system of game play, the story and the new methods of equipping make this new Zelda game their best yet. Some have commented that they notice some FPS issues in console mode on the switch versus handheld. I have seen this a few times but nothing that’s all that distracting.

This Zelda game is a defining moment for the Zelda franchise and a benchmark for the series to work from moving forward. Oh and taking screenshots of game play and sharing them on social media is extremely simple on the Switch.

The Nintendo Switch has never tried to compete with the likes of Xbox or Playstation in the power arena. That has been true of almost every Nintendo gaming system. They live off their franchise titles and family gaming. I personally own an Xbox 360 and a Playstation 3. I am by no means a hardcore gamer or loyal to any one brand. The Switch had a goal of combining console play and handheld play. They wanted a system you could play on your large TV and then take with you. A system that could be taken over to a friend’s house and play multiplayer games. In this respect, Nintendo has hit a home run.

All of the complaints so far about various hardware issues (joy-con connectivity, dead LCD pixels) have largely been sporadic and not widespread enough to suggest a larger hardware issue. Only time will tell if that changes. The battery and save data issues are likely to change down the road with the latter being a simple software update. The battery will come in the form of after-market replacements or through Nintendo itself.

All-in-all for the price of the system, you get a lot and it’s still cheaper than what the others systems launch for. The virtual console and the store don’t have much in them yet, so I cannot review that portion of the system yet. However, I do hope to see games from older Nintendo systems made available.

I give the Nintendo Switch a 4.5/5, while I give the new Zelda game a 5/5. If Zelda is your only reason for considering the switch, and you already have a Wii U, just buy the Wii U version. It is the same game. If however the handheld option of game play appeals to you, the Switch is the way to go. 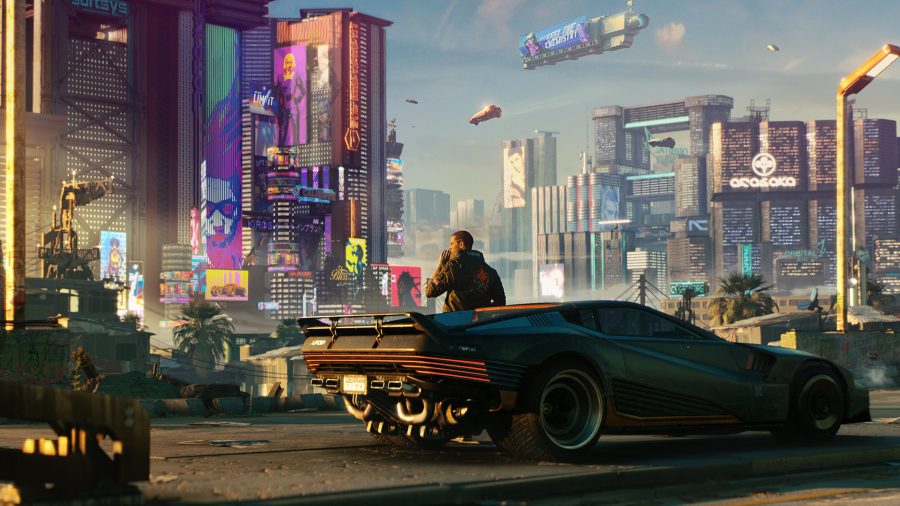