For a lot of Outlander fans, last week was very exciting! Multiple events in New York, including talk show appearances, and a couple of cast panels gave fans lots of opportunities to see their favorite actors. While I wasn’t able to get to New York, I did have the chance to go to Los Angeles for the star-studded red carpet premiere of Season 5!

It was a quick but fun trip. I headed out to LA with my radio show co-hosts Alyson and Samantha, and met lots of great friends from across the country – Koko, Laura, Karin, Elisa, and of course, the SoCal crew. We went to the must-do In & Out Burger (sorry, meh), and tried – twice – to go to the big Funko Store in Hollywood (note to self – don’t go when they’re doing a special event or when they’re closed…). Alyson and I covered a bit of the Hollywood Walk of Fame, seeing stars recognizing several of our faves, including Gene Kelly and Lin-Manuel Miranda. 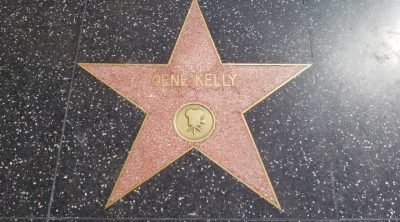 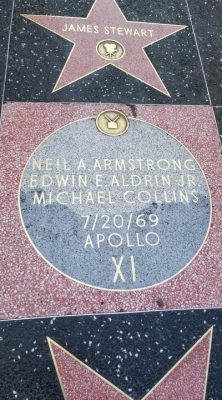 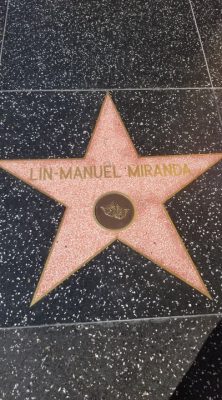 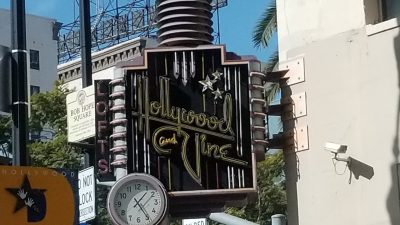 Before the premiere, several of us met to have our picture taken underneath a huge Outlander billboard on Hollywood Blvd. – there was another, larger picture taken, but we couldn’t wait! 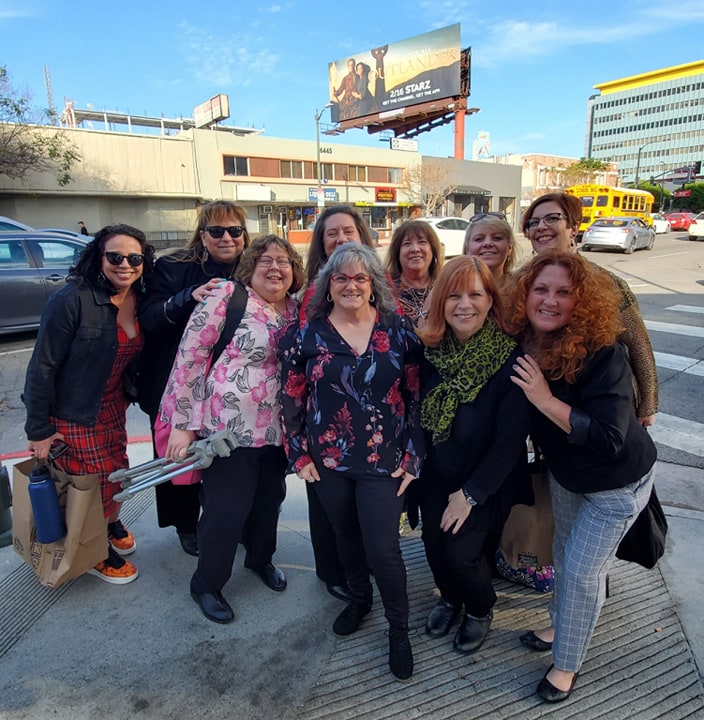 The premiere itself had issues. Or, should I say, getting into the premiere! We had all received emails from Starz saying that seats were pre-assigned, but we were quickly herded into one line to get numbered wristbands, which didn’t make any sense since seats supposedly weren’t being handed out that way, then shuffled into the next line by the numbers on our bands. But once I and my fellow red-carpet-goers got our tickets, we ran around the Palladium to the parking lot, where a large area was decorated and ready for the media.

Samantha and I set up our cameras, right between The Anglophile Channel and Fandemonium, near the new Outlander Adventures (hope to bring you more news about that soon!), and many other familiar-to-fans bloggers. And then – we started to see stars!

There were more celebs than we could all get to talk to – and some were a big surprise, not having been included on the official list. But that’s ok! Starz truly gave us an abundance of exciting people to talk to. Well, “Adso” didn’t talk much, but the two litter mates who share the role sure were pretty. 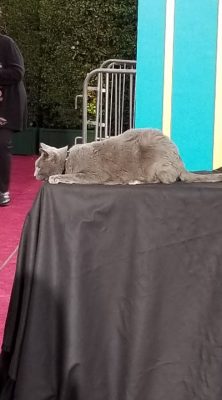 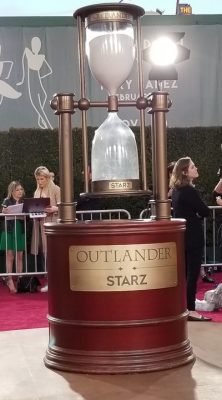 Watch the video below for my interviews!  I spoke with Caitriona, Sam, Matt Roberts, Maril Davis, Lauren Lyle, Duncan Lacroix, Ron Moore, and Graham McTavish (one of those surprise guests – so we chatted about New Zealand, his home and where my son lives). Ed Speleers stopped by quickly and said hi; Samantha got to say a quick hello to David Berry, but he didn’t get on camera; and Diana, Richard Rankin, and Sophie, plus all of the Starz execs, didn’t make it by me. (I understand Bear McCreary and Raya Yarbrough were latecomers to the party, but didn’t get to our side of the event). There were a couple of other Outlander actors from previous seasons – Lotte Verbeek and Yan Tual (could they be showing up in flashbacks this season?), and some actors from other Starz shows, such as Vida, available. I was also able to talk with Toni Graphia, but there was a generator going behind me, and unfortunately, it drowned her out.

Following all of the interviews, we rushed into the Palladium for the screening of episode 1! We were literally sitting cheek to cheek, but didn’t really care. Starz provided soda and popcorn. All of the current actors and producers stepped onto the stage following the showing for a fairly short Q&A – apparently the acoustics on stage made it very difficult for the panel to hear questions. If you didn’t see the panel, which was streamed live, you can see it here.

So here are my interviews, and some other shots from the red carpet! A huge thank you to Samantha Kraupner for the use of her great photos!

Following the premiere, official trading card publisher Cryptozoic invited fans to come to their after-party event at a Star Wars-themed bar called Scum & Villainy, to introduce the Season 4 trading cards, which will be released this spring, and hand out promotional cards. They also had a drawing for CZX cards and vinyl Jamie statuettes. More info about the cards coming soon! 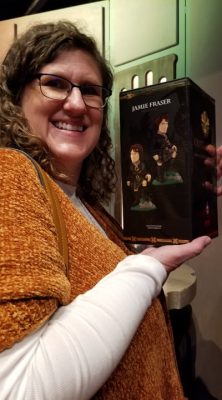 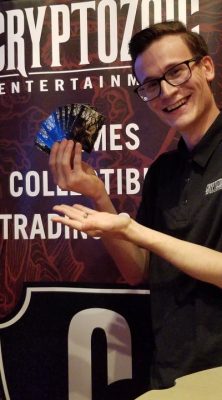 Read my review of episode 501 here

Listen to the Outlander Gab on the Air – live internet radio, chatting about everything Outlander! News, reviews and guests. Tuesday evenings, 9 pm eastern/8 central. Call in and chat with us! Click here to listen and get the call in number. You can also always listen to replays at this same site!