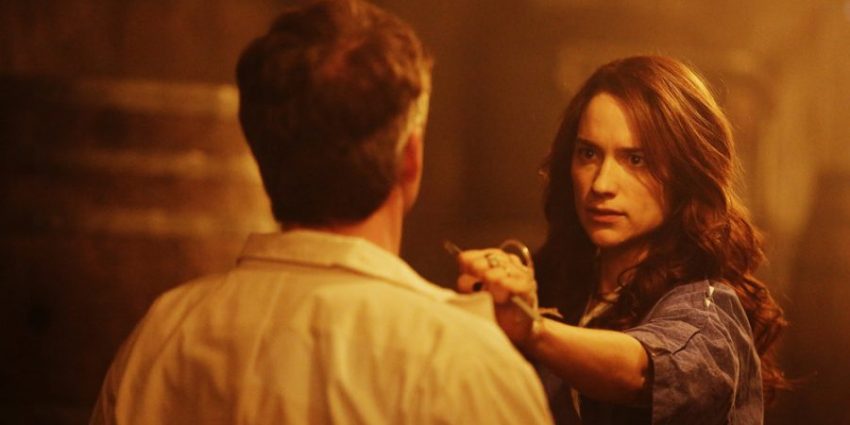 This week marks the airing of the eighth episode, “Two Faced Jack”, and boy it was a doozy. Not only do we learn who the last of the seven is, we learn, according to Doc, he is the one that haunted Wyatt the most. Trust me, he would be the one who haunted me the most! I love the writing of this show and the creative take on things, both historical and original thought. I love even more that the show continues to build strong and powerful female roles.

Every episode so far this season has built up the anticipation of this one episode, and I don’t think anyone will be disappointed. I have to say that we get a little more gore than in the past, and this episode is a bit more dark, but it enhances the storyline perfectly to reveal who the Jack of Knives really is. So intense.

On the flip side of this episode is Doc teaming with Dolls to find Wynonna. These two provide many, many smiles for Earpers. I love the interaction of the two men in Wynonna’s life. Dolls the calm, rational, by the books dude. Doc the shot from the hip, emotionally driven, revenge seeking guy. The one thing these two have in common is their feelings for Wynonna. That is what they must put ahead of themselves, if they are to find her.

After talking with Officer Haught, Doc and Doll head to back to the station with Waverly to figure out where Wynonna is being held. The genius that is little sister proves true yet again and it takes them in search of Whiskey Jim… Hello Revenant Fight Club! 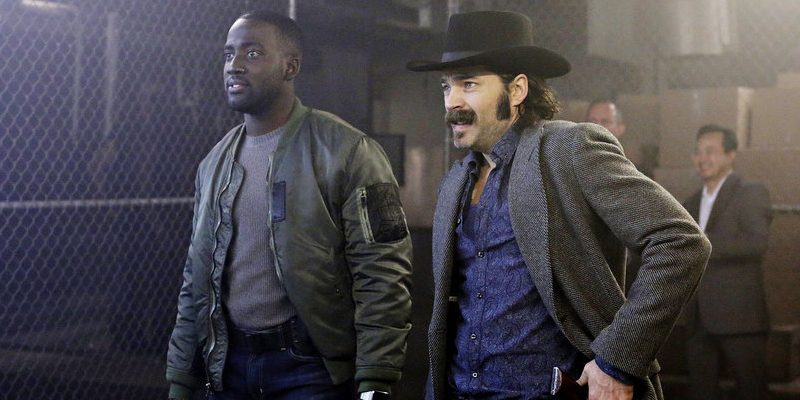 So there are two rules to Revenant Fight Club. One never ever bring the law… bad Doc. And two, come ready to fight. Oh boy do they fight! I think it is good Doc and Dolls let some steam off, and it was so fun to watch. In the midst of the fist flying and body pounding, Doc informs Dolls he knows he turn him over to the authorities. Dolls is lost as he discovers there is a leak in his department. A few moments later Dolls is laid out on the floor and everyone is lead to believe he’s dead. Doc gets the location and the keys to Doll’s SUV. One thing: Doc doesn’t drive. It’s so much fun watching John Henry Holliday trying to start the vehicle. But even funnier is when Dolls comes knocking on the window. The look on Doc’s face and his reaction to seeing the dead rise is priceless! Well played Mr. Rozon!

Dr. Reggie, Dr. Reggie… what a dumb ass! The “ninja” medical examiner is back and he is not very intelligent. I mean, Princeton Medical School, really?! Wynonna, who is being held in what looks like a hospital, catches on very fast that Reggie is not who he claims to be, and she calls him on it. The actor cast for this role, Ryan Belleville, definitely caused the fear factor to go up a couple of notches as Reggie tells Wynonna that there is something very wrong deep inside of her, and the doctor is going to search until he finds it and then he is going to cut it right out.

Though Wynonna believes him to be the seventh, he is but a mere human, a very disturbed human, but human none the less.

On a side note, we are reintroduced to troubled Bethany, and though I do not like Bethany the character, her portrayer Sasha Barry is ‘top shelf’. Surprisingly Bethany survived her seemingly fatal encounter on the road, only to be in a bed next to Wynonna in this make believe hospital. I bet she wishes she had died on the road rather than by the way Dr. Reggie ends her time on earth. Her death scene is very disturbing, and a frequent nightmare of mine. I won’t go into it here. Just knows she is definitely dead this time… and if you must know how it happens, watch the show. 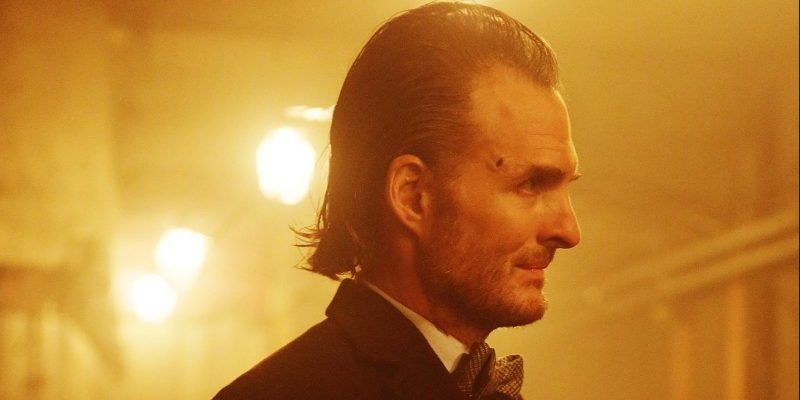 In the end, Wynonna gets her revenant, the seventh, but not before he plays mind games with her. While at his mercy, Jack (played by the massively talented Greg Byrk) tells her a few things about her daddy that goes against all her beliefs in Ward. He worked with BoBo Del Ray. Whether Jack spoke the truth or not, doesn’t matter. The seed has been planted. I am sure that the subject will be played out somehow soon, very curious how it will effect the sisters. The hero factor of a father to a daughter is a powerful thing.

While at Wynonna’s mercy, and staring down the barrel of Peacemaker, Jack tells her to think about it… I am the last of the seven. What happens when you kill me? A very valid question. What comes next? Jack informs Wynonna that she’ll be dealing with BoBo and makes the rest of them like choir boys. From this statement, I am hoping that we’ll see a lot more BoBo Del Ray in future episodes.

Just before Wynonna squeezes the trigger Jack, after more mind games, reveals his true identity… hello Jack, the Ripper! Wynonna has solved one of the greatest unsolved serial murder case ever!

This is one of my favorite episodes yet! I loved the emotional rollercoaster the writers put me on, and I can not wait to see what happens next!!