With season 2 of The Shannara Chronicles about take us to the Four Lands once again, there’s plenty to ponder now that the Ellcrys has been revived.

For one, the show is now on Spike TV, where it will premiere Wednesday, Oct. 11, at 10 p.m. For another, Wil has turned his back on his magical talents to become a healer in a small village. And there’s a pseudo-terrorist group called The Crimson running around hunting down those who do magic. And that’s just the beginning of what promises to be a fun second season.

Season 1 proved to be a good start and the excitement on social media about what’s coming in season 2 has been in a full-throated roar for months now.

Terry Brooks, who penned The Shannara Chronicles, has had a front-row seat to view the popularity of the books and now see his vision come to life on the screen. He’s enjoyed the show so far.

“I thought the first season was very well done,” he said. “I never went into this project with the belief that the TV show would be a strict recreation of the book, ‘Elfstones of Shannara.’ I wanted it to be true to the spirit and the concepts, which it was.” 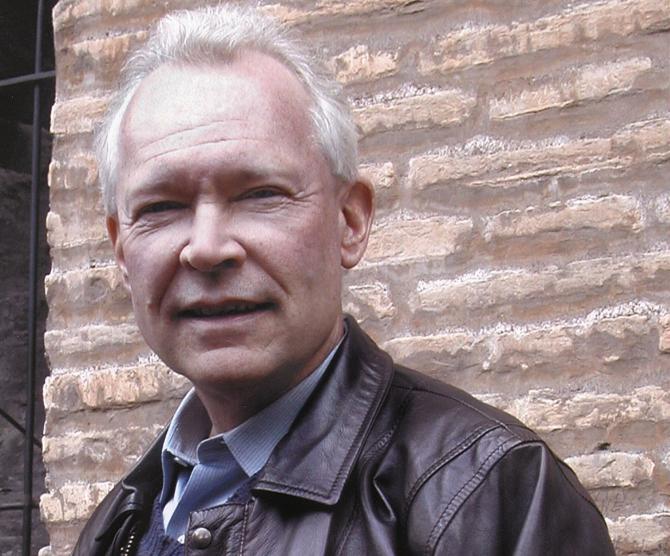 Terry Brooks, author of the Shannara Chronicles, has enjoyed seeing his work come to television.

“The characters, as portrayed by the actors, were terrific. So, yes, I thought season 1 was a great take on my work. Additionally, I was a part of the producing team adapting my work,” he added.

Brooks said that he reads all the outline and scripts in all their various versions for the show and provides comments and ideas. “I also served as a resource on questions concerning Shannara canon, magic, the world, and how things work,” he said.

As season 2 dawns, Brooks noted that the show will revisit “old surviving characters from season 1” and add some new faces to the mix that fans will recognize from the books — Garet Jax, the Weapons Master, and Cogline, the ex-Druid, to name a pair.

“The story borrows from some of the plots in other books, but is essentially new, and there are references that will be familiar, as well,” he said. “Mostly, everything will feel pretty much like it did in Season 1 to viewers – exciting twists in the plots, high drama and excitement, trouble spread around nicely for all involved. No one is safe, and I mean it.”

Brooks offered a little more depth on some of the characters that are coming in season 2.

” I can tell you they are very good, some entirely new and some familiar. We have Jax in fine fighting form, Cogline still puttering around with science from the books. We have Lyria, daughter of Tamlin, queen of Leah, both new to the Shannara canon, and Mareth, a mysterious young girl with a big, big secret,” said Brooks. “Also, some seriously bad villains you will enjoy rooting against.”

If you like what you see, go ahead and share it with your friends by using our share buttons located on the left and at the bottom.
Stay up to date with all the latest posts by subscribing to Three If By Space, just click the blue “Subscribe” button.
Voila! You have just subscribed to the greatest site around, so enjoy, my friend.