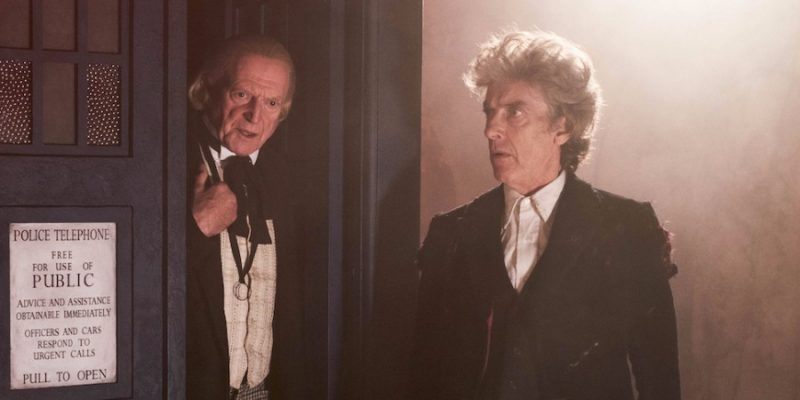 Doctor Who — Twice Upon A Time — New Trailer

By: Michelle Harvey
BBC America christmas special doctor who Twice Upon A Time

Doctor Who fans get an early holiday gift in the form of a new Doctor Who: Christmas Special trailer! Outside of the first trailer released back in July, we haven’t seen much in the way of new information about “Twice Upon A Time.” Thanks to BBC, we now have a brand new trailer which includes a first look at Peter Capaldi’s final moments as The Doctor and his regeneration scene.

On top of that, the Doctor Who Facebook page shared some brand new official images from “Twice Upon A Time” which you can find below! Additionally, after “Twice Upon A Time” finishes up on Christmas Day, both BBC and BBC America will air an all new special! Called Doctor Who: Farewell to Peter Capaldi, the special will feature archival footage, interviews, and a look back at Peter’s time as the 12th Doctor. Previous show runner, Steven Moffat will reflect upon his time as a writer on the show and his time spent as show runner. Giving us some of his hardest moments, proudest moments, and favorite episodes during his tenure on the show.

Are you looking forward to the Christmas Special this year? Still not ready to say goodbye to the 12th Doctor? Excited to see Jodie taking over as the 13th? I’m here for you regardless of how you’re feeling about the imminent regeneration. Let me know your thoughts by leaving a comment below or finding me on social media. Let’s get a conversation going!

Doctor Who: Twice Upon A Time premieres this Christmas on BBC AMERICA.