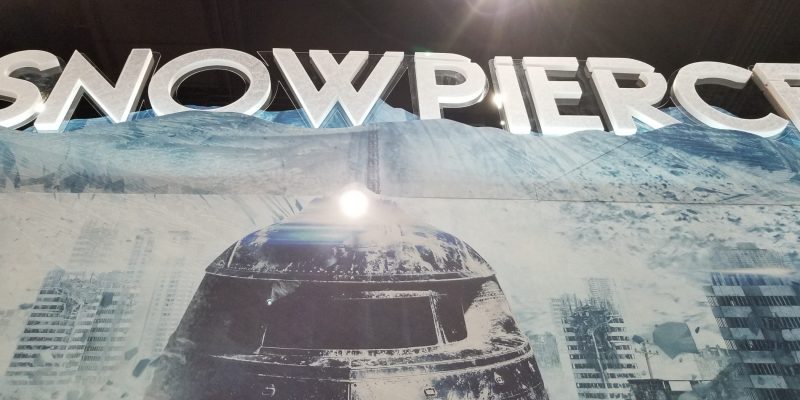 TNT’s New Snowpiercer – Grab a Blanket and Settle In – Preview

It’s getting cold outside, folks! Kind of ironic that just as spring is sprung, we get the chill – Snowpiercer FINALLY is here, starting Sunday night at 9 pm eastern on TNT! Whether you’ve seen the movie or not, and whether you liked it or not, if you’re a fan of mysteries set in weird places, you’ll love this new show. 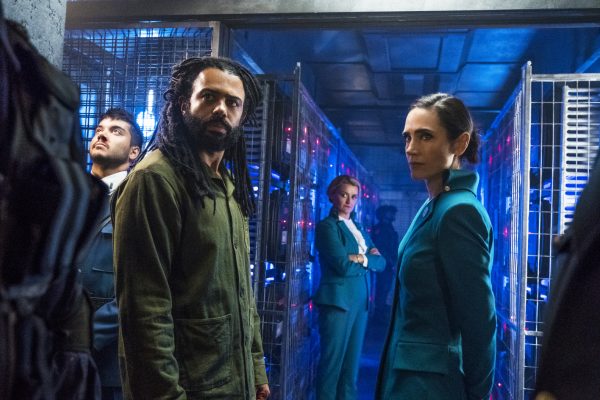 Snowpiercer is a 1,001-car train, which continuously circles a now frozen Earth. The train was built by the mysterious Mr. Wilford, a visionary who realized that humanity had to survive, and found a way to do that until the Earth begins to warm again. Tickets were sold to the wealthy and important, but as the train began its never ending journey, it was rushed by desperate “ordinary” people. Those who survived the assault are relegated to the last cars on the train, living in squalid conditions. They are the “tailies.” First-, second- and third-class passengers live in increasing luxury, order is enforced with brutal force, “participation” is encouraged. 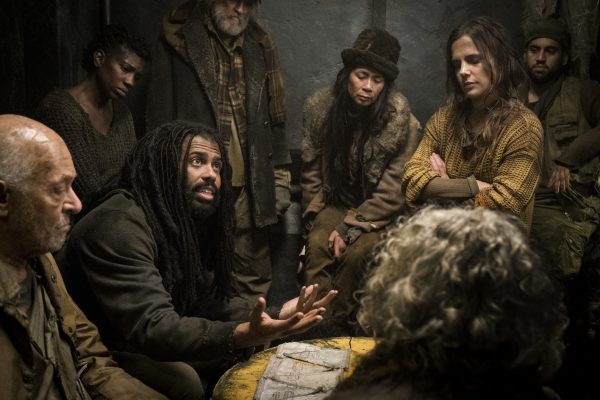 The first episode sets up a mystery – there’s been a murder in first class. And Andre Layton, one of the tailies, is the only former homicide cop aboard the train. He’s pressed into service to solve the murder by Melanie Cavill, the train’s Head of Hospitality, who carries secrets and keeps order.

This episode caught me completely – from the Tailies’ haunting song of revolution, to the amazing differences in the lives of the classes. The story is intriguing, but the world, at least in the first episode, is even more so. We have more than one mystery set up here, and I can’t wait to get further into it. 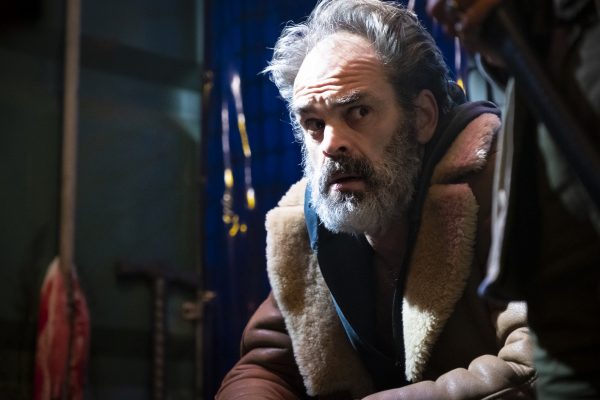 Adapted from the graphic novel series, which spawned the movie, the TV show was brought to life by Graeme Manson, who ran Orphan Black. This one stars Daveed Diggs, Hamilton’s original Marquis de Lafayette/Thomas Jefferson (and that original Hamilton will debut on Disney+ on July 3) as Layton, and Jennifer Connelly, from Once Upon a Time in America and The Rocketeer, as Cavill. Other stars include Steven Ogg as Pike, a volatile Tailie who may be more interested in chaos than a real revolution. Alison Wright is Ruth Wardle, Melanie’s right hand (sorry, once you see, you’ll get it) woman, her enforcer in Hospitality. Lena Hall is Miss Audrey, the alluring, deeply intuitive Madame of the Night Car, the train’s cabaret and brothel.

I attended both the public Hall H panel and the press panel at last summer’s San Diego Comic Con, where we got to see several intriguing clips of the show and speak with the stars. The show also had a booth, and they were giving out snack bars – CRICKET snack bars. I still have mine – I have to keep reminding my husband not to eat it when he reaches in the pantry for a snack. 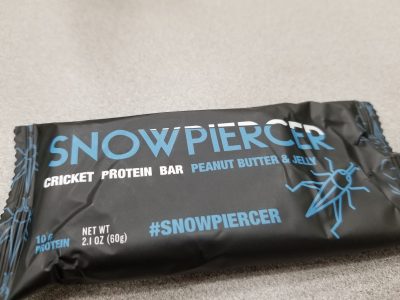 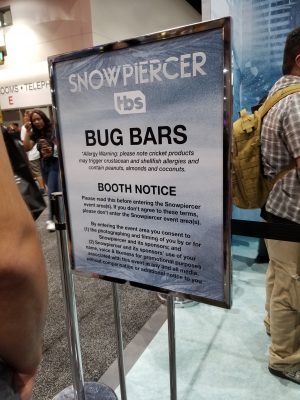 Here are the highlights of the public panel.

In separate posts over the next couple of days, I’ll bring you info about the graphic novels and the show’s website. Here’s the trailer: